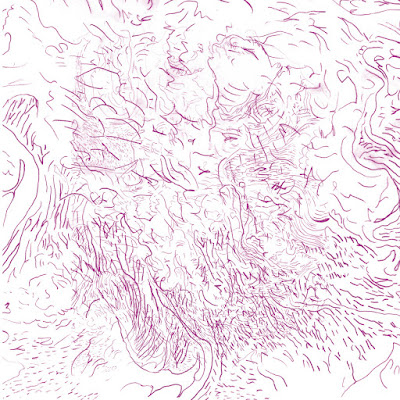 Tom Skinner has announced a new solo album and shared the lead single, "Bishara."
What a breakthrough year it's already been for jazz drummer Tom Skinner. After joining Radiohead's Thom Yorke and Jonny Greenwood to form new band The Smile, the trio released the impeccable album A Light for Attracting Attention earlier this spring and took it on tour. Bookending that band's trek across Europe, he picked things back up with his other band Sons of Kemet and played their final round of shows for the foreseeable future this summer. Now, before he heads back on the road with his new group, he's announced an album of his own, the first under his own name, and shared his first lead single. According to Skinner:

I took a very liberal approach with the scissors and started going really hard into the edits between instruments. It breathed new life into the music. I was taking my cue from the great disco re-edits, people like Theo Parrish chopping up tunes and looping sections. I’m not a purist. I don’t want to get hung up on the past. It was really empowering to fuck it up a bit, to mess around with the music and see what happened. It felt right.

"Bishara" is classic in sound, led by beat-making styles and free-jazz explorations that connect it with Skinner's other musical endeavors while still sounding true to himself. It's rare to see a drummer take a spotlight, but Skinner has earned this place and the attention. He's a strong force and a highly requested talent in the industry, but hearing his creative process unfold is something new and exciting. His idea when creating this album was to have the musicians bring something new and positive to the table through the collectivity of their unique, individual voices and he strikes while the iron is hot. More is coming and the positivity is reigning supreme.
Voices of Bishara is out November 4 via International Anthem.