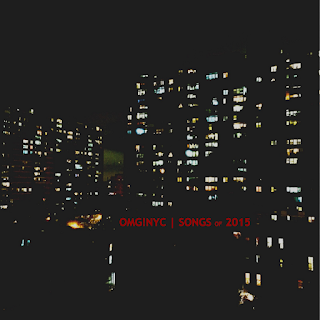 I feel that I've made this statement before, but I truly believe 2015 has been the best year of music since I've been blogging and without a doubt, the best of this decade. In a year filled with militarized police brutality, terror across the globe, douche bag pharmecutical CEOs, and the Republican Party, it's been rather comforting to always have the music. This list could be a lot longer and featured multiple submissions from certain artists, but if I named everything, it would slightly defeat the purpose. Here are my favorite songs of 2015.


Kendrick Lamar’s To Pimp a Butterfly is a declaration on the state of blackness in America in 2015 and while “Alright” might be the anthem behind the #BlackLivesMatter movement, “The Blacker the Berry” is without question his thesis statement. One of his earlier hits “Swimming Pools (Drank)” was an anti-drinking ode that became an uncomfortable frat-party smash and went buckwild due to people too ignorant to listen to lyrics. Most likely, this song will not run the same course.

The word hipster was originally coined to describe those hip to jazz, adopting their style, dress, phrasing, and rather excessive use of marijuana. Eventually, it transitioned into the white-man’s adoption of black-jazz qualities and affections. Now, it’d be hard pressed to find someone that knew Norman Mailer used it in Dissent:

"In such places as Greenwich Village, a ménage-a-trois was completed—the 278 bohemian and the juvenile delinquent came face-to-face with the Negro, and the hipster was a fact in American life. If marijuana was the wedding ring, the child was the language of Hip for its argot gave expression to abstract states of feeling which all could share, :at least all who were Hip. And in this wedding of the white and the black it was the Negro who brought the cultural dowry. Any Negro who wishes to live must live with danger from his first day, and no experience can ever be casual to him, no Negro can saunter down a street with any real certainty that violence will not visit him on his walk. The cameos of security for the average white: mother and the home, job and the family, are not even a mockery to millions of Negroes; they are impossible."

It’s hard to overlook a familiar pattern when a crowd of white people chant along to “nigga” at rap shows. Again, stealing the identity of a population that has been slighted, disadvantaged, and almost destroyed and now using it to express a cool-factor. No, I’m not saying the word hipster is an equal comparison to the use of the word nigga, but the act of repetitive history raises an interesting argument and point of conversation. So, here we are in 2015 with this song. It’s an in your face monster that commands attention in an aggressive yet informative manner. With each word, Kendrick paints a vivid picture of his feelings and uses his platform as the most innovative and important rapper of his generation to express the mindset of an entire population. Perhaps now, with his prominence on the rise, the weight of a nation on his shoulders, the President citing him as an influence, Kendrick can actually stir conversation and transform a nation.