Dirty Projectors - "Gun Has No Trigger" 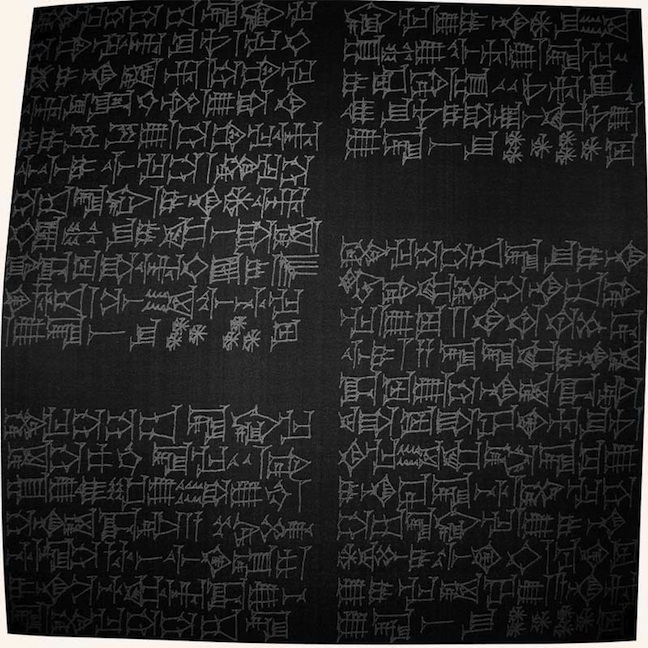 Brooklyn psych-pop wizards Dirty Projectors will release the follow-up to one of my favorite albums from 2009 this coming Spring (supposedly). To get you in the mood, the band has posted a new track "Gun Has No Trigger" to their SoundCloud page. You can check it out below:

Japandroids - "The House That Heaven Built" 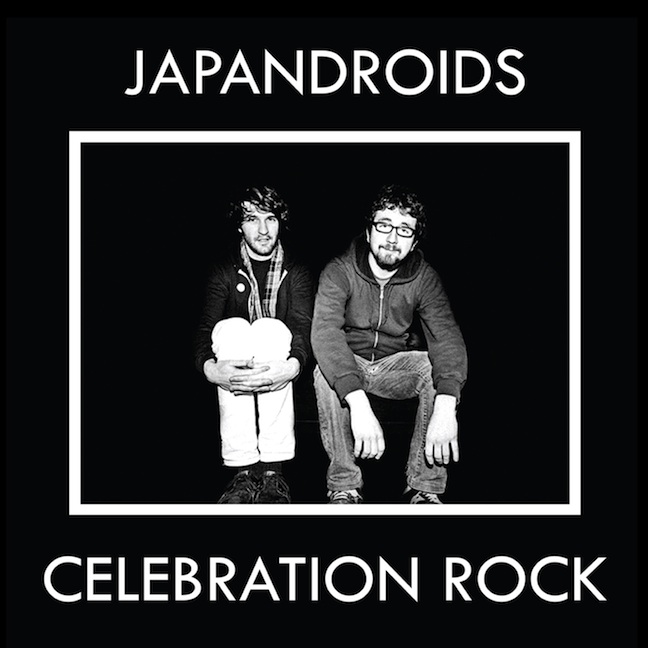 Fuzzy/noise-rocking Canadian duo Japandroids are set to follow up their smashing debut on May 15th with a new album entitled Celebration Rock (how fitting). Check out the lead single "The House That Heaven Built" which provides plenty of "whoa-oh-oh" opportunities for you to scream along to until the album drops.
Posted by marc at 6:39 PM No comments:

Squarepusher descended upon Manhattan's Webster Hall for his first American appearance in over six years and one of only two shows scheduled in the U.S. for the foreseeable future. Standing dead center stage, Jenkinson was backed by a wall, surrounded by a force field, and donned a helmet that would make Daft Punk envious, all of which were comprised entirely of LEDs and dispensed mind bending visuals to accompany the deafening volume of sound produced by the electronic mastermind. Presenting his unique fusion of classic kraut-y electronica, drum n bass, and acid jazz, Jenkinson appeared sans bass and yet he was still able to rattle Webster and raise the volume to My Bloody Valentine levels of extreme all while only showing a simple smile between jams. As the man dazzling the crowd was hard at work, many fans found it hard to resist the urge to capture photos and videos of this rare electric performance, but after just over an hour Jenkinson left the stage while shouts for "more bass" were left only with the echo of the house music as the relatively short set came to a somewhat abrupt end.
Posted by marc at 12:34 AM No comments: 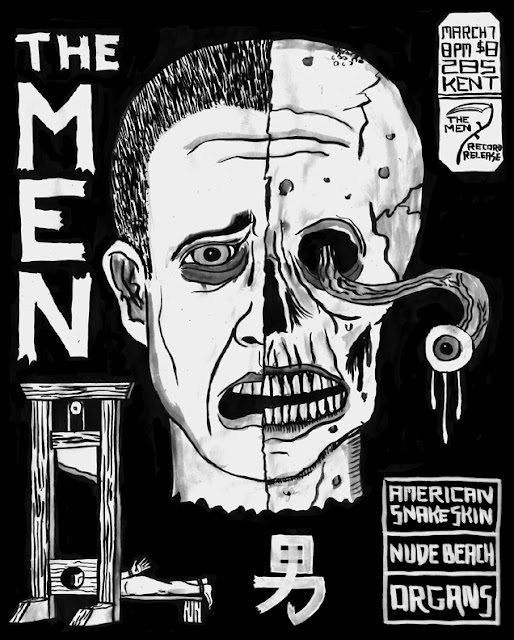 Brooklyn noise/hardcore/punk quartet the Men packed 285 Kent to the brim as they unleashed some sonic fury for the record release show of their rocking new album Open Your Heart. The night exploded with the epic assault of "Turn It Around", "Open Your Heart", and Leave Home standout "Bataille" before heading into an annihilating drone jam. While the Men, are not breaking ground with a unique sound (hell, "Turn It Around" is almost a copy and paste tribute to Stiff Little Finger's "Suspect Device) their ability to combine thrashing classic riffs, ear bleeding guitar solos, and pulsating drum fills brings out an intensity lost on most bands. The raw rage built to such intensity through the opening tracks and strengthened the hostility of the crowd that as the set wore on, fists and beers were sent flying. Perhaps it might have been best to save one of their most aggressive and exuberant songs for the finale, instead of kicking things off with such a gigantic thrust of sound, but the Men have now proven that their ability to rock out leaves no room for questions.
Posted by marc at 1:52 AM No comments:

Beach House will release the follow-up to my favorite album of 2010 with Bloom, out May 15th via Sub Pop. In anticipation, the band has posted a new track, "Myth", on their site and this beautiful luscious track seems to pick up right where the band left off.

Retro dream-pop sensations Widowspeak packed Glasslands last night for a hometown thriller and expanded their lineup to four, as they were joined by bass played Pamela Garavano-Coolbaugh, and oozed their way through a great set of soft, slow burning songs. The always gorgeous Molly Hamilton led the quintet with her forever compared Hope Sandoval-esque voice and ethereal guitar tones that should really be exemplified for their true unique beauty. Despite Glasslands' soft tones, the band was still able to propel beauty and grace through their elegant tracks of blissful guitar melodies and simple rhythms. Favorites from their debut record "In the Pines" and "Puritan" were paired with world debuting new tracks that retain the same poised allure that makes the band so endearing. With full smiles in tact throughout the show, the band's pure joy easily transfered to the mesmerized crowd and set a euphoric tone for the entire evening. The group's charm is the heart of what they do as their tracks are not overly complex and Hamilton's voice can sometimes seem to be barely above a whisper, yet it is the delicate finesse that makes the tracks worth coming back to for repeated listens. "Harsh Realm" closed out the evening of fantastic celestial tunes as the band bashfully thanked all for coming.
Posted by marc at 11:15 AM No comments:

Email ThisBlogThis!Share to TwitterShare to FacebookShare to Pinterest
Labels: live show, review, Widowspeak
Newer Posts Older Posts Home
Subscribe to: Posts (Atom)
Stream of conscience blogging covering my thoughts on indie rock, electronic, punk, noise, and pop. I live in Brooklyn, like to make lists, and am trying to listen to more hip-hop.
Thanks for reading!