Lightning Bolt pummeled the crowed at Le Poisson Rouge last night with their standard blitzkrieg attack of sound. For over an hour the noise duo blasted away through classics from their excellent discography sending the crowd into a near frenzy. Brian Chippendale did his best impersonation of a jackhammer playing the drums and Brian Gibson stood by, ever so effortlessly, as he turned his amps up to 11 and ripped through distorted blasts of thundering bass. Despite the breaks between songs, the non stop bombardment of escalated sound sent shock waves through the crowd that more then likely split a few ear drums. The relentless assault proved that these two men are masters of their craft as they powered aware with such force and precision that kept the crowd screaming for an encore. When the band answered the call they came back to the stage and began to tear through the epic track "Ride the Skies" which nearly sent everyone over the edge after an already incredible performance of hurricane like forces of sound crushing the crowd.
Posted by marc at 7:30 PM No comments:

Coping - Split EP [with the Clippers] 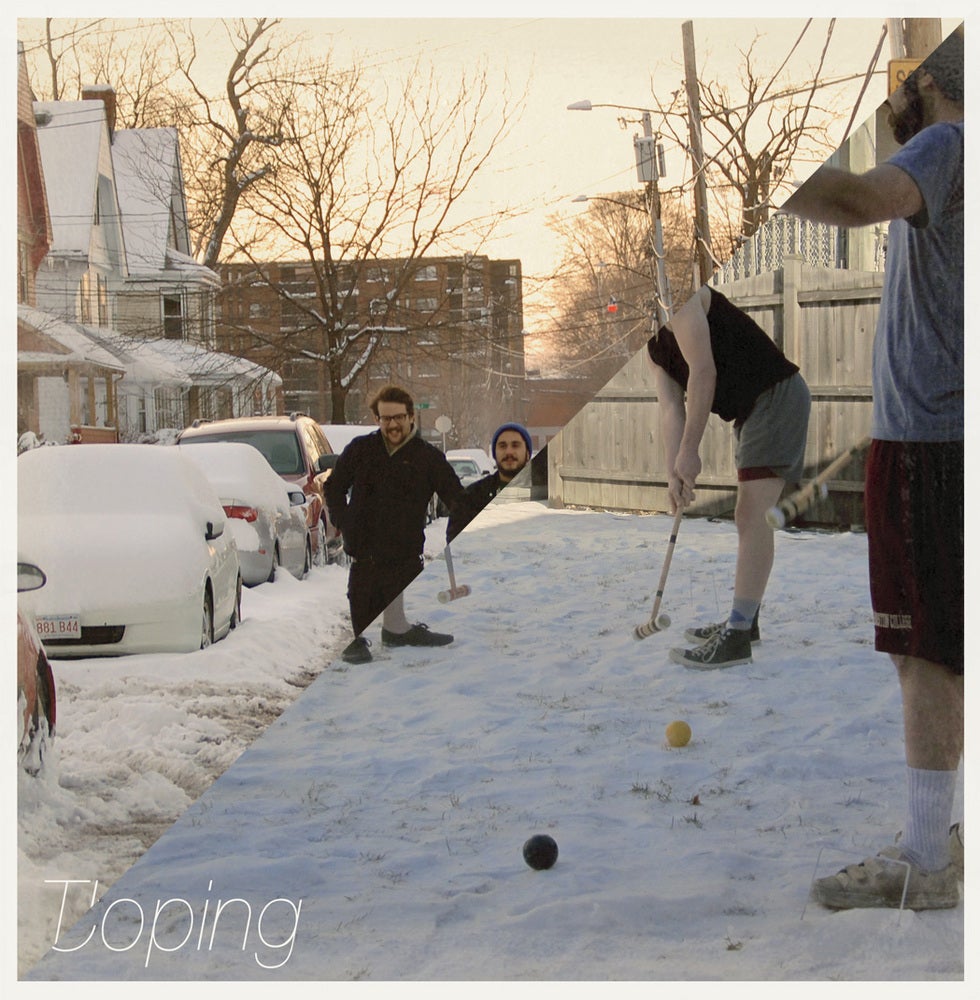 Chicago's Coping blend 90's lo-fi style emo in the vein of icons Cap'n Jazz, Archers of Loaf and Mineral, creating loud sounds of palpitating drums fronted by attacking guitars and full band chants. Topshelf Records released a Split EP with Boston's The Clippers (the bands are good friends) back in March. You should check that out here: 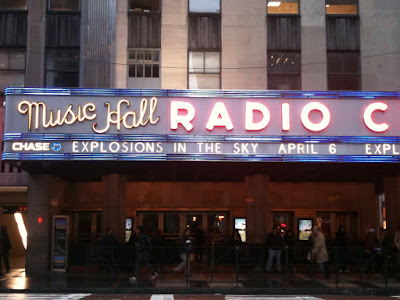 With their newest album just two weeks away, Explosions in the Sky took to New York's majestic and grandiose Radio City Music Hall for their largest headlining show ever. Twinkling delicate guitar work opened the band's set before erupting into room shaking blasts of soaring sounds that swallowed the legendary auditorium. As twirling lights danced behind them, the Texan post-rock extraordinaires powered through anthems of towering guitar swells that seemed capable of moving mountains. The crystal clear sound system of Radio City shook as the band delivered epic renditions of some of their best work, including an astounding performance of their classic "Your Hand in Mine". Opening sets by Eluvium and slowcore legends Low, provided the perfect mood and setting for the aftermath that was to follow. In some regards, it seems that this may have been the perfect setting for this band. The stage is far from intimate, yet the band was still able to deliver with such a presence that they could have turned even a familiar listener into an instant fan. Very few bands have the capability of controlling an audience without so much as saying a word, however the only moments when people looked away from the stage were just to admire the setting and realize that this room has seen legends and another was currently on stage.

Email ThisBlogThis!Share to TwitterShare to FacebookShare to Pinterest
Labels: Explosions in the Sky, live show, review


For their first proper NYC show in way too fucking long, the Strokes took things to the next level by headlining the world's most famous arena, a modern day roman coliseum, or a really good place to see a game as put by Julian Casablancas. Despite some harsh claims on the band's most recent work, the Strokes plowed through hit after hit showcasing that they are still the crowned princes of New York City rock. Anthems of the aughts blasted through the speakers as the band proved that they still posses the power to hold a crowd in the palm of their hands. The spiraling Television style guitar work of Valensi and Hammond had the same raw intensity and power as when I first saw the band in 2003, and Julian's growls were as rough and tough as ever. Though just as cool as ever, they did not let the arena's boundaries prohibit them from connecting with the crowd. Julian sang "Juicebox" from the middle of the floor and was impressed that everyone else knew the words to "Under Cover of Darkness" better than him. Despite their still too cool for anything swagger and Julian's occasional slip up, the band still nailed every number like they've been playing these songs for the past five years. As the main set came to a close Julian thanked Elvis Costello for performing a three song opening set and claimed it would have been a much better idea to have him sing the last song, which Julian explained was intended to capture his influential sound, and apologized for not having that idea earlier. Well, we were all taken for fools as the band broke into one of the best moments of Angles and Costello did actually turn up to sing the rocking chorus. The band knew how to play to the hometown crowd powering through early favorites "Hard to Explain" "Last Nite" and "Someday" along with Room on Fire stand outs "Automatic Stop" and "Reptilia". As they hopefully kick start a true come back, the Strokes have picked off right where they left off. They will forever be rock and roll's kings of cool.

For their last night at Terminal 5 (and 2nd to last show ever!), LCD Soundsystem certainly let their emotions run wild. Thanking the crowd numerous times for coming out to say goodbye and apologizing for not playing certain songs in years, James Murphy let his sensitive side shine through. For nearly three and a half hours, the band played as much of their discography as might of been humanly possible proving to be a true test of endurance by not only the crowd, but the band as well. The beyond epic performance was broken into three chunks, the middle section being 45:33 with "Sounds of Silver" thrown into the middle, and the rest of it was hit after hit. Turns out they do make hits indeed. Opening the show with the first two tracks of This Is Happening started off this insane dance party that would only halt for the occasional sensational ballad. When Murphy belted "To tell the truth / This could be the last time" a wave of sadness rushed over the crowd as many would indeed being hearing these numbers for the final time. However, the next lyrics "So here we go / Like a salesforce into the night" sparked a sensation that would carry throughout the rest of the evening. Suddenly everyone felt as if their were amongst their truest friends. For years Murphy has been claiming that he is losing his cool, yet no one young or old seems to be able to put on a show quite like him and his friends. If this truly is the end of this might band, then what a legacy it is they are leaving behind. Their entire career was accounted for tonight and it all felt as fresh as ever. The muscular guitar of "All I Want", the pulsating thumps of "Someone Great", the ferocious lists of "Losing My Edge", and the instant classic piano of "All My Friends" span such a range of emotions that are disastrously difficult to invoke in a crowd, yet tonight I was there. These emotions are only the kind one seems to get when someone great is gone.

Email ThisBlogThis!Share to TwitterShare to FacebookShare to Pinterest
Labels: LCD Soundsystem, live show, review
Newer Posts Older Posts Home
Subscribe to: Posts (Atom)
Stream of conscience blogging covering my thoughts on indie rock, electronic, punk, noise, and pop. I live in Brooklyn, like to make lists, and am trying to listen to more hip-hop.
Thanks for reading!