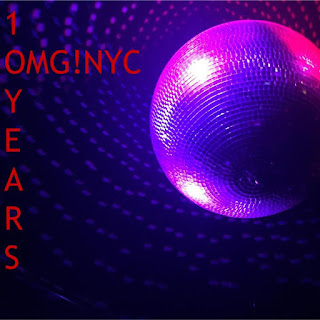 Ten years ago, I left a small suburban town in Massachusetts and headed off to college in New York City. I started this blog to document my time here, to capture my inspirations and hope to live out all that I dreamed the city could reveal. To New York, thank you for letting me call you home. This one’s for you.

Leaving my quaint New England middle-class, white majority town for New York was no easy decision and when I arrived as a wide-eyed eighteen year-old, I was still in denial of what New York truly was and what it had in store for me. I headed out in search of diversity and opportunity and what I’ve encountered is all I hoped for and more.

Yes, college and my education was the main focus, but really it was the lure of New York that excited me the most. The gritty image of the city I had painted in my mind had been firing on all cylinders for years. When I first heard the iconic Is This It?, a record that just turned fifteen, I immediately felt a pull from Julian’s vocals and the band’s instant brand of cool. They were everything. It was the rebirth of rock and along with the White Stripes, nothing changed my mind and shifted me away from the pop-punk of Taking Back Sunday, Brand New, Saves the Days, and Rufio more than the New York cool personified by the Strokes. I quickly fell for the Velvet Underground and Television and learned that there was another side to the punk rock of the Ramones and that is was ok to like both. Ten years later and I still feel all the excitement and thrill that comes with the hardships that New York can deal out to you. The relentless heat and smell of trash in the summer, the biting and soul-crushing tundras of February, and the few beautiful days where it truly feels like there could be nowhere else to live. Or as Updike put it, “The true New Yorker secretly believes that people living anywhere else have to be, in some sense, kidding.”

New York, you’ve been difficult, but I’ve loved you every step of the way. Memories abound of some fantastic moments that in some cases seem like dreams. Daft Punk showing up at a Phoenix show. FKA twigs making her debut at Glasslands. Dead Kennedy’s at CBGB. Liars playing the Temple of Dendur at The Met. The return of My Bloody Valentine. Arcade Fire in a church. Lightning Bolt in a NAPA Auto-Parts store. Dinosaur Jr play You’re Living All Over Me in full with a ton of my heros. Wilco and Neil Young. Radiohead playing “Let Down” for the first time in a decade. The Mountain Goats at Sound Fix. A Tribe Called Quest’s final show. The Strokes and White Stripes back-to-back at Gov Ball. Neutral Milk Hotel.

The memory of new records that have now aged since I’ve lived here also help to define the past and memories of the city. I remember downloading In Rainbows in my dorm room and hitting ‘play’ for the first time. Rushing home from a bar to blast My Bloody Valentine’s epic return with my roommate. Walking down 3rd Ave and Arcade Fire’s new single “Intervention” blowing my mind for the first time. Beyonce’s “Single Ladies” becoming the unofficial soundtrack to every event my final semester of college. Having the gracious Molly from Widowspeak as my barista, seeing Real Estate and Neon Indian at parties in Williamsburg, meeting the bass player from Blondie in a West Village mansion, sitting across from Annie Clark and Carrie Brownstein at an East Village restaurant, and finally standing behind Julian Casablancas inline and doing everything in my power to not geek out. Experiencing and discovering bands while also exploring New York and watching them blossom or fade away, there has never been a dull moment.

As time marches on, it’s hard not to reminisce for the things the city has lost along the way. I’ll forever miss Glasslands, Death by Audio, 285 Kent (and the rest of the Williamsburg DIY scene), Other Music, Sound Fix, DuMont, Lou Reed, David Bowie, Sonic Youth, and countless other things (along with some amazing people who’ve left the city), but every day I’m excited to turn and find something new. The loss of some great places, bands, and people only add to the essence and spirit of the city and while I may never get over some of these things, I feel honored to be able to call New York City home. I’ll forever complain about Con Ed, the reputation of the L train, and the fear that comes with dealing with Port Authority and the tunnel of doom that connects it to Time Square. Crossing the Williamsburg Bridge on the JMZ and listening to LCD Soundsystem’s “All I Want” will never grow old and might always remain one of my simplest pleasures in life.