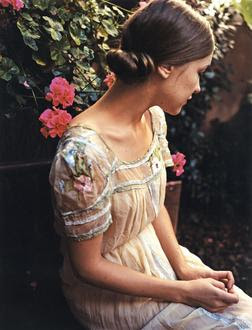 The always enchanting Joanna Newsom stopped by San Francisco's Warfield Theater this past Monday to perform alongside Philip Glass in a benefit for the Henry Miller Memorial Library in Big Sur, CA. At the show, Joanna unveiled a new track entitled "The Diver's Wife" and it is just as beautiful as one could hope!

Joanna Newsom - "The Diver's Wife" (Live in San Francisco)
Posted by marc at 6:17 PM No comments:

It's a shame that the intricate, thick grooves and ambient drones that make Oneohtrix Point Never's records so excellent, does not really translate to a live setting. Watching Daniel Lopatin hover over his laptop to produce these deep and heavy warped textures does not engage an audience like one would hope. Luckily, the same cannot be said about Liars. Riding high off their awesome new album WIXIW, the trio brought together their extreme blend of art/noise rock and their newly found electronic side for a night of intense, room shaking sonic pleasures. Kicking off the night with the first two tracks from the new record, the band plunged into heavy synth samples backed with pulsating bass lines and wild shouts. While every record has seen some sort of change in style, the one thing you can expect from this band is for them to be weird (that's a good thing). Their not quite post-punk and not quite dance approach to this album has drawn many comparisons to Radiohead's Kid A and trip-hop masterminds Massive Attack, but really this is still a Liars album at heart. Perhaps a bit contained on the album, everything becomes entirely flushed out in the live performance and expands the delicate inner-workings of each track. Although nothing rumbled the crowd quite like "Scarecrows on a Killer Slant",  Drum's Not Dead thriller "Let's Not Wrestle Mt. Heart Attack" was a welcomed surprise and received much praise. The violent, ever visceral, "Plaster Casts of Everything" caused the crowd to burst apart into a frenzy, unleashing a tension that had been building since the show began. Liars are capable of creating immense waves of fury through their music, and despite the new dabble into less punishing tones, the band still carries a presence unlike many other bands and as the house lights came up and the realm of Liars dissipated it was clear that the band has reached a level at which they will consistently deliver.
Posted by marc at 1:00 AM No comments:


After nixing two shows last year due to Visa problems and health concerns (make that three if you include I'll Be Your Mirror: Asbury Park), the men of Mogwai finally touched down in New York for an almost two hour set of epic proportions. Starting the night off with "White Noise" from their most recent and underrated (yet awesomely named) album Hardcore Will Never Die, But You Will, the post-rock legends tore apart Webster Hall and delivered a performance that without question made up for last year's cancellations. Brooding bass lines, heavy synths, pummeling drums, and rocketing guitars were unleashed on the crowd as the band put forth a dazzling display of talent that ranged across their entire discography. Without even breaking a sweat, these titans demolished ear drums and inflicted thunderous cries of sonic fury of which only a band of this stature is capable. While you'd be lucky to catch some of their contemporaries such as Explosions in the Sky or Sigur Rós in a venue the size of Webster, the intimate setting really allowed the dynamics of these monstrous compositions to be fully realized. Typically, post-rock anthems will release a flood gate of emotions and memories that can take the audience to a whole new level, and tonight's performance did just that. It is hard listen to these tracks without the thought of imposing doom. About midway through the set, the band plunged into "Travel is Dangerous" and the synths were replaced with a triple guitar attack that propelled the rest of the show into the cosmos before a diabolical "Batcat", complete with heavy slashing guitars brought the main set to a close. The night culminated with an apocalyptic rendition of "Mogwai Fear Satan" in which torrential guitar shreds blanketed the room with intense swells of noise. When the wall of sound slowly began to fade, the band exited the stage one by one until waves of droning guitar began to evaporate over the dazed crowd.
Posted by marc at 8:22 AM No comments:

Three years after Grizzly Bear released my favorite album of 2009, the baroque-pop quartet have announced the highly anticipated follow-up to the fantastic Veckatimest. While it still doesn't have a title, the band has confirmed the new record will drop September 18 (via Warp) and have provided us with the track list and opening song, "Sleeping Ute", which is an electric Daniel Rossen number in the vein of the stunning "While You Wait For the Others". Enjoy it below!

Taking a page from Dirty Projectors' book, Merrill Garbus creates a symphony of sounds compiled from loops, squawks, jagged horn sections, and strums from a ukelele to create a cacophony of music that somehow comes together in a brilliant and unique fashion. Backed with a bass player and two others, the assembled tUnE-yArDs brought their amazing jams to Terminal 5 on Friday night for an evening of high energy and dancing. Stomping percussion and funk infused bass riffs got everyone moving from the explosive opening of "Gangsta" and was only halted for a brief moment as a mis-triggered loop caught everyone off guard. Yet even in that moment, and impromptu saxophone solo resulted in heavy applause and cheers. The evening highlighted the band's most recent accomplishment, the stunning W H O K I L L,   as the crowd responded with passionate sing-a-longs and non-stop body moving. The joyful banter from Merrill only increased the positive feelings of the evening and killer renditions of "Powa", "Es-So", "My Country" and "Bizness" brought the house down. "Sunlight" from BiRd-BrAiNs was a treat for fans of the the band before the breakout sophomore record and Merrill kindly reminded everyone that this was not in fact a new song, but the band's first single. The call and response action of "Do you wanna live" closed out the evening as a grinning Merrill left the stage and the house music came on with their latest single "Lady" (a Fela Kuti cover featuring ?uestlove) providing a little extra entertainment for a night that no one seemed willing to let end.
Posted by marc at 11:29 AM No comments:

It seems almost unfair to still be calling Radiohead an indie band since they headline arenas and festivals across the globe, but whatever term you use to describe them doesn't matter. The demigods from Oxford  stopped by Newark last night for their first of two shows in the area and much like their performance at Coachella, the band stuck to more recent tracks from King of Limbs and In Rainbows. Thom claimed "we're not ready to play the greatest hits" at one point, much to the disappointment of long time fans. However, anyone who left the show disappointed needs to do some reassessing. While King of Limbs may not have resonated well with fans and critics upon its release last year, when performed live, the new songs can easily hold their own with the exceptional brilliance of past Radiohead classics. "Morning Mr. Magpie", "Lotus Flower" and "Daily Mail" reveled in an arena setting and the band was able to give new meaning to these songs as they sounded so much more expansive; clearly these songs are meant for performance rather than recordings. Older tracks such as "There There" and "Myxomatosis" were nice surprises that found their way into the earlier half of the show and despite the fact that the band only played one song from their 90's hey day (the gorgeous "Karma Police", the encore consisted heavily of their genius work from the early 00's. It has become more apparent on this tour that the band is really trying to show how progressive and forward thinking they have become as a group and are moving further and further away from their guitar rocking days of the past. The turn towards electronics over the past decade seems to be the focus of the band's live show these days and that is not a bad thing. Even when the insanity of "Idioteque" became too much and caused the band to stumble, Ed came in to save the day after Thom said "ah fuck it" and just contiuned to move around like a maniac. He apologized for having too many machines at the start of the encore and did not let the problem get in the way of a stellar "National Anthem". With the rhythm section acting as the backbone and standing firmly in place, Thom danced across the stage like a mad man and with more energy than I have ever seen before and their dazzling light show left people breathless. Even without playing the hits, Radiohead are able to drive demand sky high and captivate people like no one else on the planet.

Setlist:
"Bloom"
"15 Step"
"Bodysnatchers"
"Staircase"
"The Daily Mail"
"Myxomatosis"
"The Gloaming"
"Separator"
"Nude"
"Morning Mr. Magpie"
"Identikit"
"Lotus Flower"
"There There"
"Karma Police"
"Feral"
"Idioteque"
--
"You and Whose Army?"
"Weird Fishes/Arpeggi"
"Supercollider"
"Everything In It's Right Place"
--
"Give Up the Ghost"
"The National Anthem"
"Reckoner"
Posted by marc at 9:17 AM No comments:

Email ThisBlogThis!Share to TwitterShare to FacebookShare to Pinterest
Labels: live show, Radiohead, review
Newer Posts Older Posts Home
Subscribe to: Posts (Atom)
Stream of conscience blogging covering my thoughts on indie rock, electronic, punk, noise, and pop. I live in Brooklyn, like to make lists, and am trying to listen to more hip-hop.
Thanks for reading!