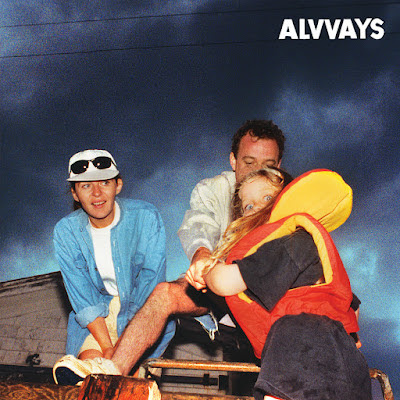 Alvvays have shared two more singles from their highly-anticipated new album.
Next month, Alvvays will return with their first new album in five years. So far, they've shared two tracks from the album, but of which rock as expected. Today, the band have shared two more. "Belinda Says" is heavy guitar jam full of ear-worm hooks and shredding riffs that take on some ethereal, dream-pop vibes and lean into the heavy distortion. It's inspired by Belinda Carlisle and her anthem "Heaven is a Place on Earth" and while it's not sonically similar, it gives off the same blast of euphoria. Per the band's usual form, the vocals seem to be just off the beat, giving the song an added delay feature that matches the reverb drenched walls of guitar. Just before the two minute mark, the song lifts itself into a new register and the track soars until the finish squeaking in a blazing solo just before it comes to an end. The other track, "Very Online Guy" is a synth-pop jam with bleary vocals, punchy rhythms, and padded, distant drumming. It still radiates the same glow as the other singles and it's exciting to hear the band take on this new sonic texture while not steering too far from the dream-pop path. Both continue to ramp-up the hype surrounding the new record and continue to further the band's illustrious sound. The new tracks both sound big, full of energy, and ready to rock.
Blue Rev is out 10/7 on Polyvinyl.
Posted by marc at 7:44 PM

Email ThisBlogThis!Share to TwitterShare to FacebookShare to Pinterest
Labels: Alvvays

The 코인카지노 Michigan Gaming Control Board accredited the first 10 casinos and their on-line platform companions to launch at the moment, with extra approvals anticipated in coming days. Slots.LV provides 8 completely different banking options – and 5 of those are cryptos. Slots.LV is most undoubtedly a slots-focused casino website, with reels making up around two-thirds of the total video games right here . Cafe Casino is like most of our different high playing sites in that it accepts each fiat currencies and cryptocurrencies. Everygame accepts a great mix of normal payment methods, corresponding to MasterCard, Discover, and Money Global, and cryptocurrencies, together with Bitcoin and Bitcoin Cash. It secured its license beneath the jurisdiction of Curacao, and we additionally discovered the friendly and immediate buyer support to be a significant half of} its attraction.