Check out lead single "Opale" from the French black-metal turned dream-pop act Alcest. Their latest record, Shelter, takes it to the ethereal shoegaze extreme and features vocals from Neil Halstead from the recently reunited Slowdive (!!).

Email ThisBlogThis!Share to TwitterShare to FacebookShare to Pinterest
Labels: Alcest 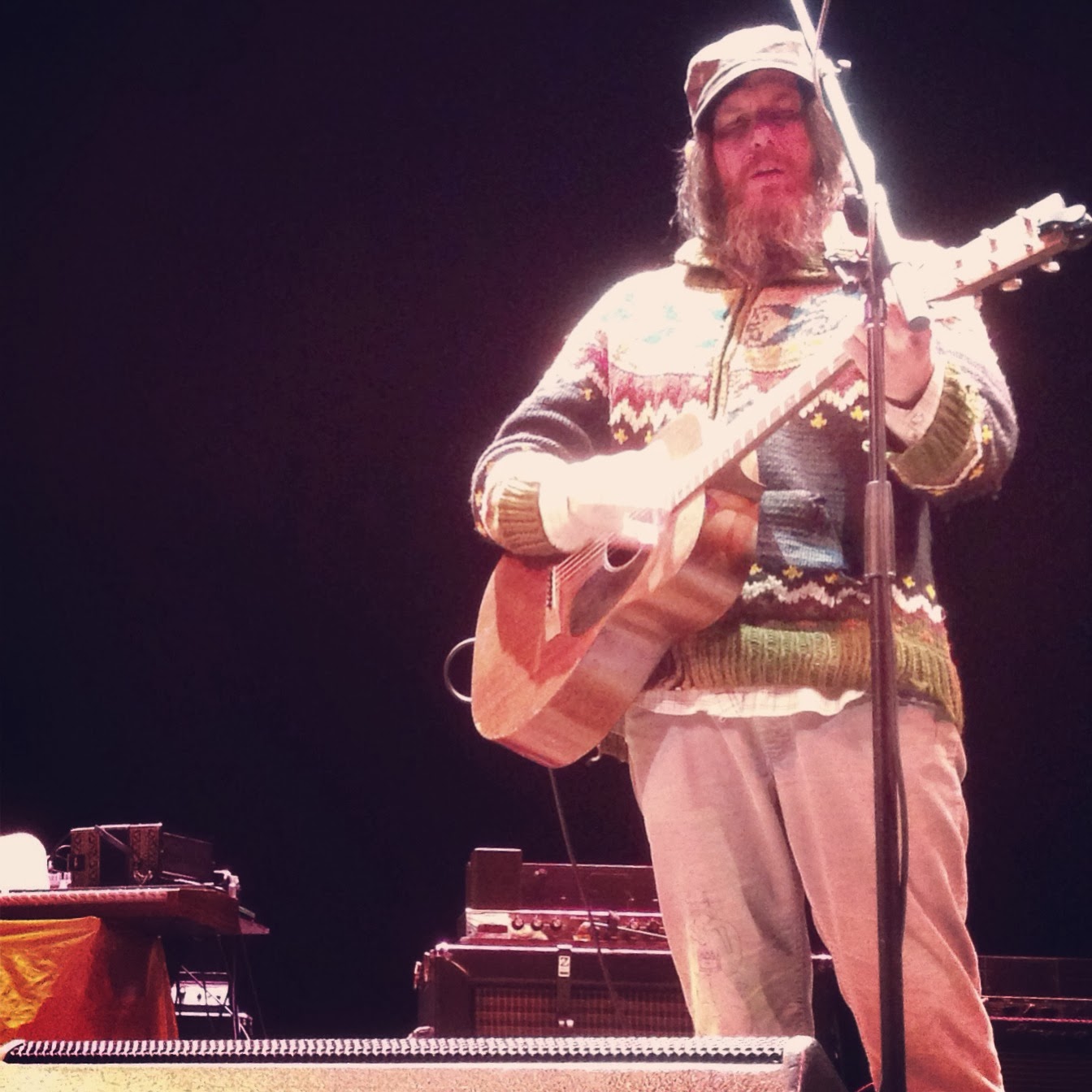 "This is a long way from Grandma's basement" uttered Julian Koster midway through the second night of Neutral Milk Hotel's run through New York City. For the past fifteen years fans have been waiting for this moment when the famed indie band would revive their landmark recordings and share them on tour. Finally, the days have come. Jeff Mangum entered a barren stage as he began "Two Headed Boy Pt. 1" to thundering applause from the crowd. The spell binding moment was all too real as the song came to life. As the band took to the stage and gorgeously flowed into "Fool", a presence filled the room. This was a real moment, this was actually happening. Everything swelled with such motion and growth that by the time "Holland, 1945" rang out, the crowd was in rapture. Acting in time with Jeff, everyone sang directly along with each song creating a unity unlike anything I've ever seen or heard. Hundreds of people singing along to songs that thought they'd never hear in a live setting was suddenly happening in full force. When Jeff Mangum first inched back into the spotlight a few years back on his solo tour, the audience was treated to an intimate evening of Jeff sitting alone with his guitars showcasing these songs in such a beautiful way that it seemed a full blown reunion was not necessary. Watching the group perform together transported these songs to a state one would never believe possible. Everything from an incredibly haunting performance of "Oh Comely" to the hysteric breakdown of "King of Carrot Flowers, Parts 2 & 3" were not only monumental, but life affirming as well. Songs from On Avery Island especially were played with such energy and intensity that the floor boards began to shake and the raw tendencies were brought to new heights. Unsurprisingly it was "In the Aeroplane Over the Sea" and the encore of the back half of the record of the same name that garnered an electric response. The mesmerizing magical moments of Jeff bouncing and bopping alongside Julian's dazzling accordion and saw skills, while Scott Spillane chanted along with every word, and Jeremy Barns kept impeccable time, made for such meaningful memories that will be cherished for quite some time. For many, these songs can have such a nostalgic value and recollect key moments in life that hearing them in the flesh can be tremendously overwhelming. But in the best possible way. After being convinced for years that seeing this band live would never be an option, being able to witness these songs be played at levels that exceed the records is a time and place I wish I could wait in for the rest of my life.

Keep Shelly in Athens has shared a new track "in homeage to singer Sarah P, who announced her departure from the band this past weekend, in order to focus on her other projects." While this marks a major (and rather sad) change in the band, they still plan to release a follow-up to last year's At Home later in 2014.

Liars - "Mess On A Mission"

On March 25, Liars will release their seventh studio album Mess. Today, they shared the first new track, "Mess On A Mission", which seems like a great progression from 2012's groove induced WIXIX.

Email ThisBlogThis!Share to TwitterShare to FacebookShare to Pinterest
Labels: Liars 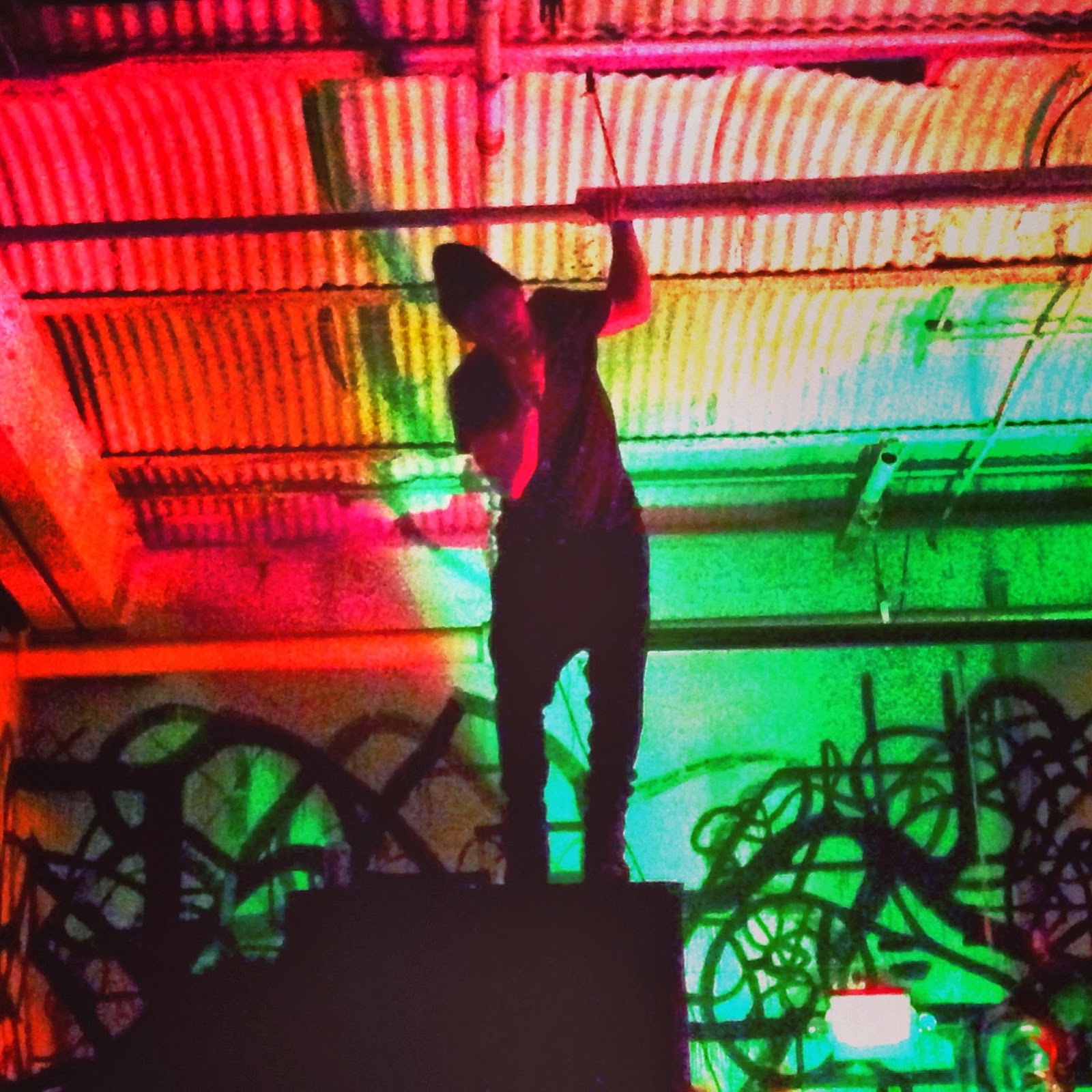 "If you feel like you have to take a dump, might be a good idea to do that at home." So read the email before one of the final shows at Williamsburg's infamous 285 Kent. Since 2010, the space has been one of the most important and ground breaking venues in Brooklyn's D.I.Y. scene. Thanks to everyone who put on some amazing shows that I'll never forget.

As the jingling keystrokes of "Play by Play" began to sweep over the room, bodies swayed and high powered grooves were set in motion. The soul-crushing song towered above the crowd sounding more massive than ever before and by the time the larger-than-life chorus climaxed the energy hit a high powerful enough it seemed to blow the roof off before 285 Kent could even say it's final goodbye. The sound was as smooth as D'Angelo with the intensity of a Prince arena anthem, the guitar lines were like silk and the percussion breathed heavy fire. The sultry blend of R&B with heavy synth-pop undertones exploded in the room as each song dropped in with such fierce and crippling dynamics that each track sounded as if it were blossoming for the first time. "Ego Free Sex Free" stormed in just before the peak of the evening obliterating the crowd once again with a super-sized chorus that proved this man is on a level all his own. Ashin climbed atop a set of speaker to do his best Tyler, the Creater impression as he gently swung from the rafters to belt out a heartfelt and poignant "Gonna Die". He teased a goodbye as he finished a supreme "World War" just before erupting into the outer-worldly "Counting" which he completed with Mykki Blanco's bombastic rap over the finale. The strength and raw appeal made these songs take on a new identity that made not only for such perfect ending to the legendary venue, but with only two weeks into the new year, Autre Ne Veut has set the bar for live shows very high.

Listen to the first new music from the Philadelphia group since 2010. The dream-pop rockers are back with a new track that throws a curve ball with a chopped up vocal sample yet still still sounds unmistakably like A Sunny Day in Glasgow.

Email ThisBlogThis!Share to TwitterShare to FacebookShare to Pinterest
Labels: A Sunny Day in Glasgow
Newer Posts Older Posts Home
Subscribe to: Posts (Atom)
Stream of conscience blogging covering my thoughts on indie rock, electronic, punk, noise, and pop. I live in Brooklyn, like to make lists, and am trying to listen to more hip-hop.
Thanks for reading!