Grizzly Bear continue to impress me as they performed a brand new song entitled "Two Weeks" on Letterman last night. The amazing harmonies and poppy melodies are once again presented in an interesting and unique manner that make Grizzly Bear one of my favorite current bands. Can't wait to catch these guys at All Points West in a few weeks.

Also according to a rumor on productshopnyc Barack Obama may be making a special guest appearance at Lollapolooza to introduce Kanye West for his headlining slot. Sounds pretty good to me.
Posted by marc at 6:36 PM No comments:

If there is one thing to be said about this year's Siren Fest on Coney Island, is it was hot! The Village Voice once again hosted it's annual free summer music festival, however this year it happened to land on one of the hottest days of the summer. The weather would plague my friends throughout the day and we ended up losing a few soldiers along the way.

Weather aside, the day was great. We caught an early performance by Parts & Labor upon first arriving. These guys had a great mix of post-punk/indie rock/noise going on, however the draining heat limited my ability to enjoy the set. Since the Dodo's were running late I was unable to see any of their show and so I headed straight to Annuals on the Stillwell Stage. The band did a great job of mixing some new songs into the set while stilling being able to rock through songs off their first LP. Even the somewhat jammy finish came across with much appeal. The rest of the day was dispersed amongst other various sets by Beach House, Jaguar Love, Islands, the Helio Sequence, and wondering Astroland. As Broken Social Scene's set loomed closer we were able to catch the Helio Sequence's surprise cover of "Tomorrow Never Knows" which revived some much needed energy. BSS took the stage at 8:00 and immediately dived right into their excellent set. From the moment these guys walked out the energy began to climb and it didn't peak until they left the stage. Brilliant guitar work on "Cause=Time" was followed up by the catchy "Fire Eye'd Boy" and my personal favorite "7/4 (Shoreline)." Not only was the entire crowd drawn into the performance, but these guys just seemed to be having so much fun onstage. So much fun that only the marathon closer of "It's All Gonna Break" was able to end this weekend party. 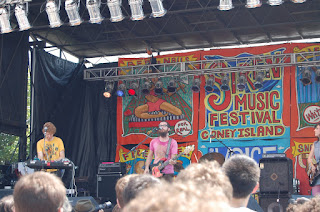 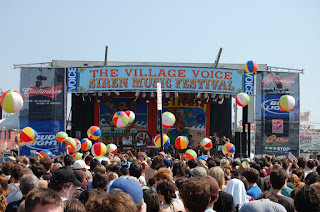 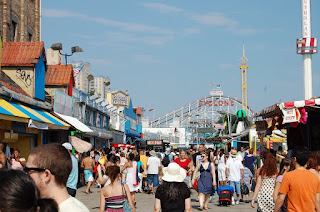 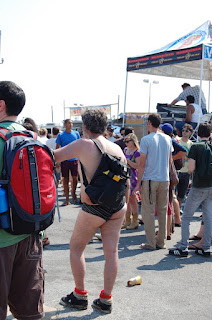 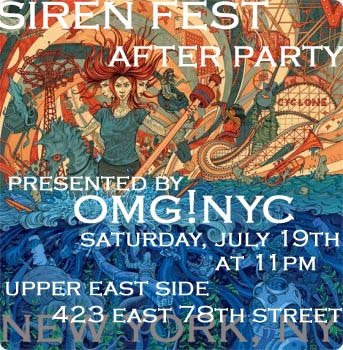 I saw this last week or so on gorillavsbear and I couldn't resist. My favorite albums from each year I have been alive. Obviously the earlier it goes the harder it was to determine a favorite so I did my best.

I've always thought people should do stuff like this more often. Collaborations, while aren't always good, are at least usually fun. Thus is the case here. I really like all three of these artisits, but the song is not that great. Anyway it's a cool idea and the video is pretty sick. Maybe more things like this will start to happen.

Email ThisBlogThis!Share to TwitterShare to FacebookShare to Pinterest
Labels: Julian Casablancas, Pharrell, Santogold, song, video
Newer Posts Older Posts Home
Subscribe to: Posts (Atom)
Stream of conscience blogging covering my thoughts on indie rock, electronic, punk, noise, and pop. I live in Brooklyn, like to make lists, and am trying to listen to more hip-hop.
Thanks for reading!