Quilt, a folksy psych-pop band from Boston, are set to release their sophomore record Held in Splendor on January 28 via Mexican Summer. Check out the single "Tired and Buttered" below.

Email ThisBlogThis!Share to TwitterShare to FacebookShare to Pinterest
Labels: Quilt 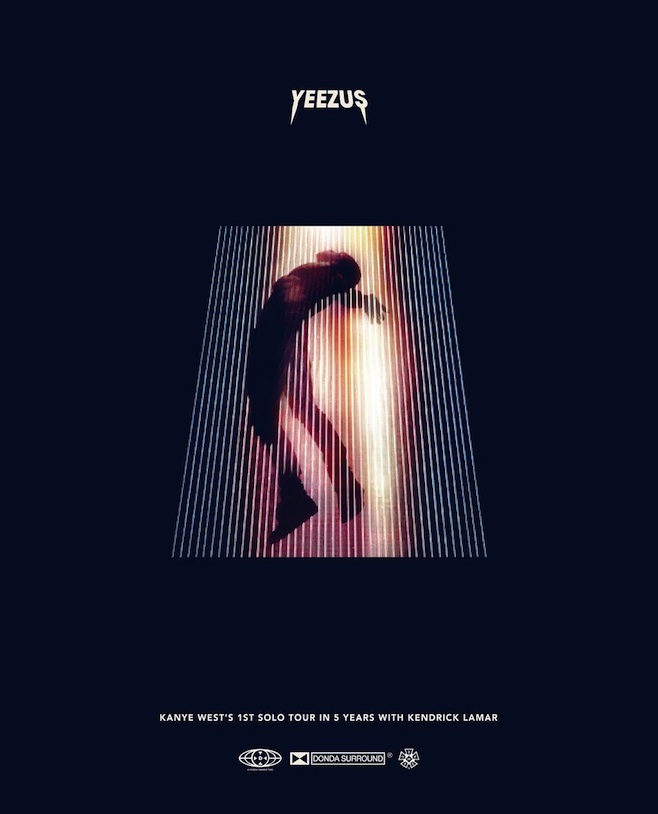 After some technical difficulties plagued the early stages of this tour, Kanye finally rolled into Brooklyn for a four night New York city run. Yet even before Mr. West took the stage, New York's own A Tribe Called Quest dazzled the borough for the first of their last two shows ever! Bewitching the audience with their classic rhymes, the trio ignited the crowd with their on point dance moves, verses and killer style. An immediate flashback to the golden age of hip hop, A Tribe were far from the caliber one would expect from an opener and instead acted as if they were headlining the night. And in a small way they did just that. For many raised on hip hop, there is no greater group that A Tribe Called Quest. Their fusion of jazz and alternative hip hop forever left a mark on the community and without a doubt, laid the path for many of today's superstars. The highlight of their opening slot came with the back-to-back-to-back combination of "Scenario" (complete with a cameo from Busta Rhymes!!), "Can I Kick It?" and "Check The Rhyme" which many will argue is the greatest trifecta in their illustrious career. To catch them for one of the last times was truly a privilege.

Not to be outdone, Kanye put on what was perhaps the spectacle of the year. Backed by what can only be compared to the Super Mega Aggro Crag from Nickelodeon's Global Guts, Yeezus himself rose to the occasion to deliver one of the most spellbinding and hypnotizing displays of showmanship one could possibly imagine. Ego aside, there are not many other people on the planet that can deliver on this level. Kanye wants to be the celebrity and stops at nothing to achieve it. After welcoming an ensemble of extras to act as his followers, Ye spit through the majority of his recent Yeezus along with other smash singles "Clique", "Mercy" and "Cold" before annihilating the crowd through the power of his pageant. A mountain beast with glowing eyes, a snow storm, and a real-life Jesus were all no match for the power and magnitude that Kanye was able to display. A career spanning setlist only helped to remind the crowd that there is no other entertainer on the planet, let alone hip hop star, that is able to contain the excitement level and sheer genius capabilities of this man. The forever brilliant "Runaway" saw a much anticipated rant, in which he confirmed his love for Bey's "Single Ladies", his distaste for the fashion industry, and how Drake was the most deserved of this year's VMAs, and he pulled out all of the stops by busting through some of his most cherished hits. "Stronger", "Through the Wire", "Jesus Walks", and "Flashing Lights" saw the audience rise to new levels of admiration, and that was after a terrorizing rendition of "Blood on the Leaves", which he insisted no one even wanted to hear. Show, performance, extravaganza, what ever it is you want to call the Yeezus tour of 2013, one thing is for sure, you're not likely to see something on this level of entertainment and celebration any time soon. There are times when Kanye may be the most hated person on the planet, but his ability to put on a show has never been in question. If anything, this show challenges people to find someone even close to taking his crown. 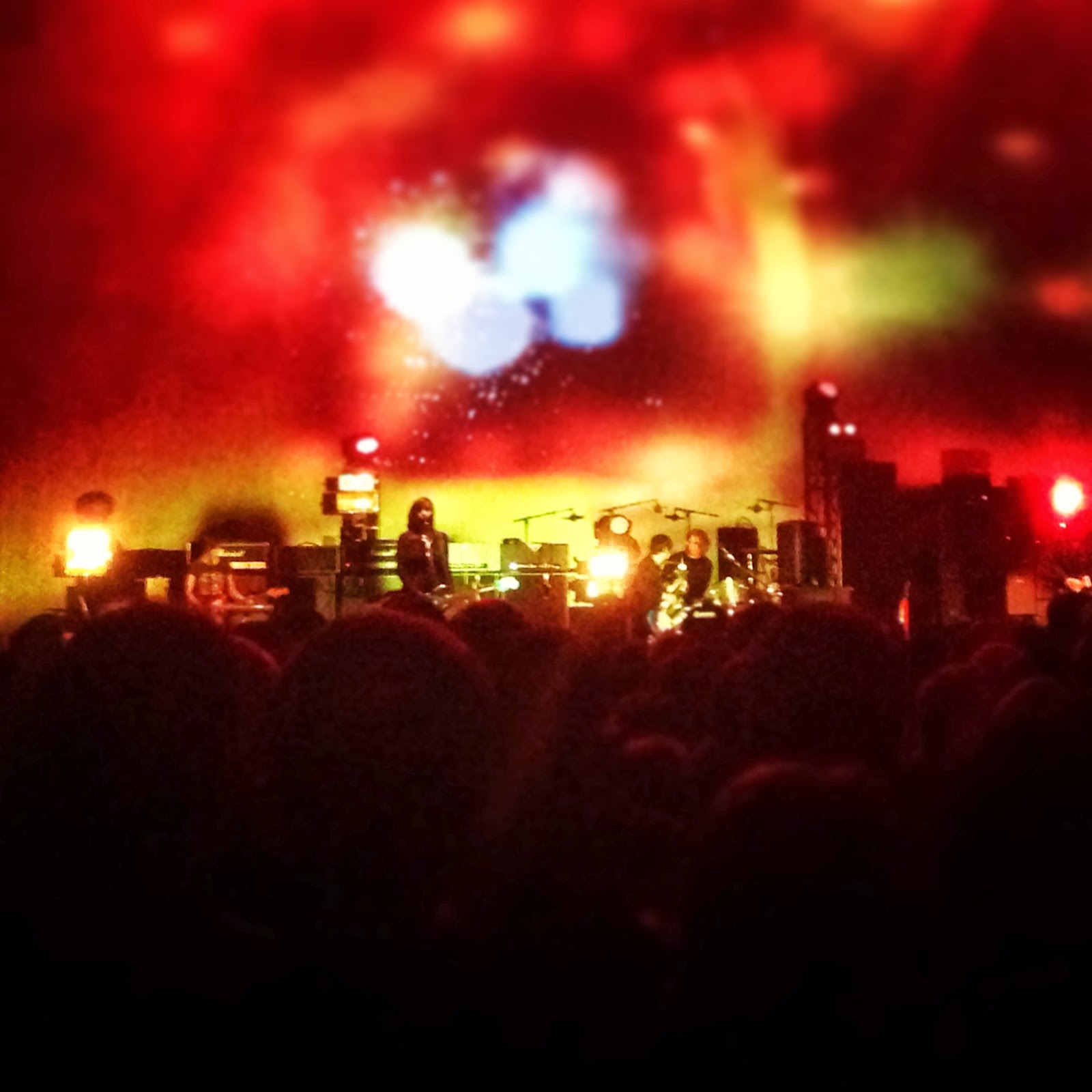 By now it's infamous. The grand finale of an epic My Bloody Valentine concert that ends in the elaborate, painful, noise "holocaust" where the band holds out a single not for what seems like an eternity. But, in the words of the Talking Heads, "my god, how did we get here?"

Emerging from the shadows, the shoegaze legends walked onstage to a back drop of swirling colors and dove straight into the classics. "Sometimes" kickstarted the evening on an almost light note, before the band began to build to the insanely high decibels which have made them notorious over the years. While their Roseland set of 2008 was one of the most mesmerizing experiences I've ever witnessed, tonight's show had some small hiccups yest was in no way less fantastic. They whipped through "When You Sleep" at a frightening speed and the mighty "Only Shallow" was too over powering for it's own good. Still, some of the tracks played tonight were the best they've ever sounded and made you understand that as perfect as their records are, this is a band meant for the stage. Their performance is a transfixing phenomenon. While long time fans were treated to an excellent assortment of Loveless tracks and even a few extra surprises like "Honey Power" (!) and "Cigarette in Your Bed", the new tracks from this year's sensational mbv were given new physicality that fit the band's illustrious catalogue like a glove. "To Here Knows When" and "Soon" were treated with ample strobes and surges of kaleidoscopic images that induced sensory overload to the max while "New You" blazzed with stunning precision. The buzz saw guitars of "Only Tomorrow" reached new levels of brilliance as they pierced through the crowd at deafening volumes and the helicopter effects of "Wonder 2" made for a mind altering experience. For a band that delivers such intensity, the members seem to step out of the spotlight and let the music speak for itself. Debbie Googe stood firmly planted (although watching her gauge away at her bass was gripping) and the blissful Bilinda Butcher cooed out her spellbinding vocals while solidifying her stance stage right. As the night progressed, the kinks seemed to be ironed out and the rest of the show was flawless. "Nothing Much to Lose" was dazzling and aggressive and produced one of the most sublime moments of the evening. And then it happened. Kevin took to the mic to say "thank you, this is our last show for a long time" and to anyone that has been a fan of My Bloody Valentine for a period of time, these words can sound terrifying. For years, many accepted the fact that this was a band of the past. One that was locked away and only to be remembered on record. Their reemergence to the scene in 2008 was more than most could've ever hoped for and with the release of their new record this year, it seems almost selfish to ask for anything more from these four pioneers. With nothing left but "You Made Me Realise", the crowd cheered with infinite joy as the most pulverizing and brutal experience in music erupted from the stage. To call it just a song doesn't give it the credit it deserves. This is a true physical experience that takes the song out of just the auditory realm and brings it to the physical one as well. The tremble of the floor and the shaking of your clothes are all a part of the act. Watching the crowd raise their hands to the heavens and let the adventure take over their entire body and mind is unlike anything else you're likely to undergo in a musical setting.  As it began to end and the jet engine like rumble slowly descended, it became very apparent that this could be a special moment. The last show on a tour in support of an album that was over twenty years in the making. How long will it be before this happens again? That part isn't as important. What important is that it happened and we were there.

Email ThisBlogThis!Share to TwitterShare to FacebookShare to Pinterest
Labels: My Bloody Valentine

No Joy - "Starchild is Dead"

Much like A Sunny Day in Glasgow and Asobi Seksu, Montreal's No Joy do an excellent job of marrying the ever so similar styles of dream-pop and shoegaze into a beautiful bliss of twisted guitars and melody. "Starchild is Dead", off their new EP Pastel and Pass Out, leans more on the heavier shoegaze side with ripping guitars, but still sends the listener off to dreamland.

Email ThisBlogThis!Share to TwitterShare to FacebookShare to Pinterest
Labels: No Joy
Newer Posts Older Posts Home
Subscribe to: Posts (Atom)
Stream of conscience blogging covering my thoughts on indie rock, electronic, punk, noise, and pop. I live in Brooklyn, like to make lists, and am trying to listen to more hip-hop.
Thanks for reading!