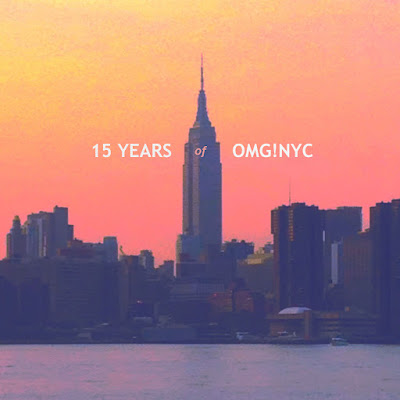 This weekend marks 15 years since I moved to New York and started OMG!NYC. To celebrate this occasion, I've shared a lot of music that has shaped, inspired, and soundtracked my time in the city.
In the past, I've written about my decade-long anniversary with the city, the best shows I've seen since moving to Brooklyn, and a love letter style tribute to the city during the height of the pandemic last summer. Today, I'm sharing a list of 150 albums that have come out since 2006, the year I moved here, as well as a playlist of 500 songs from the same time period as well.

For the albums, I ranked the ones that have meant the most to me and inspired my tastes and opinions over the years. Including only one record per artist was a challenge, but allowed me to represent as much music as possible. There have been some updates to the order since I posted my favorite albums of the 2010s, but tastes change over time. So while Kanye has taken on some more extreme stances and distanced himself from his past, my love for Deafheaven has only grown.

In regards to the songs, the playlist is 500 songs available on Spotify which means nothing from Joanna Newsom, sadly. Otherwise, I limited each band/artist to only 3 appearances and only one track per recording which meant I had to choose the best songs from some really excellent albums. There are a few loopholes so some solo artists might exceed the limit and I know there are probably some big names missing from it, but if you'd like to make a playlist of 500 songs, be my guest.

So much has happened in the past decade and a half and it has been really fun to revisit a lot of old songs that soundtracked major parts of my life. I've been able to write about so many huge moments in music like Radiohead's surprise release of In Rainbows, the break-up and reformation of LCD Soundsystem, the rise of The Weeknd, the breakout of FKA Twigs, the Tupac hologram at Coachella, the journey of Arcade Fire, the allure of Deafheaven, the last Daft Punk appearance, and countless other life-shaping moments. From metal to jazz, folk to dubstep, IDM to country, I hope there is something here for everyone and at the very least the nostalgia trip hits hard for you as well. 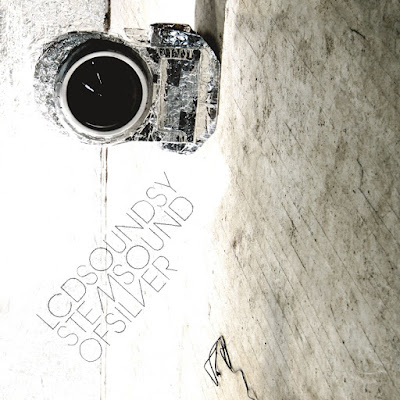 10. LCD SOUNDSYSTEM | Sound of Silver
James Murphy never tried to hide his influences, but instead made a career off of celebrating them. Sound of Silver, his best work by far, is an homage to krautrock, proto-punk, no-wave, and a laundry list of other genres he himself made cool to name-check. With supreme hits like "Someone Great," "Get Innocuous," "New York, I Love You But You're Bring Me Down" and the song of a generation, "All My Friends," it sounds just as flawless now as it did in 2007 and even more of a classic than I could've imagined. A true sign of the times album that feels every bit as intoxicating as it does sobering. A wonderful amalgamation of feelings and memories that never grows old. 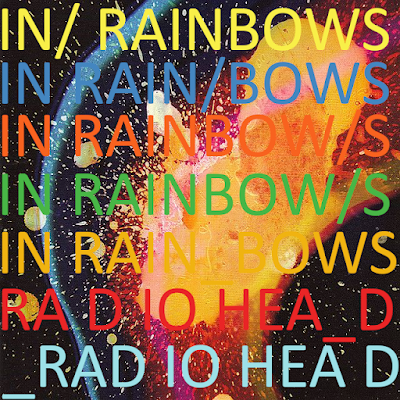 09. RADIOHEAD | In Rainbows
In the fall of 2007, Radiohead broke the music industry with the release of In Rainbows and its "pay what you want" approach of selling records. After their longest (at the time) break between records, the band returned with their continued unpredictability that would instantaneously sound like nothing they'd ever done before, but like no one else as well. Perhaps the last time they reinvented themselves and returned with their most basic, yet true to form album of their career. For once, it sounded like they were actually being Radiohead. There was probably no one else on the planet who could get away with the move of practically giving away your album on ten days nothing, but not only did Radiohead deliver another classic album, many will argue it might just be their best. Many are fans of them because of it. 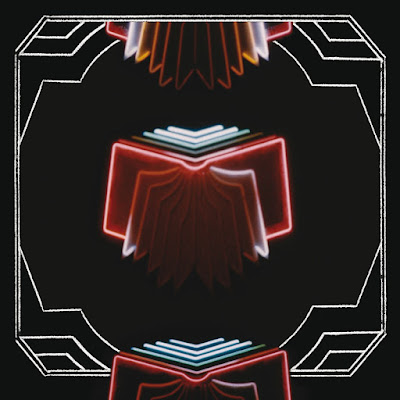 08. ARCADE FIRE | Neon Bible
Yes, Neon Bible over Reflektor and The Suburbs. What many view as one of their weakest moments, I hold near and dear to my heart. To this day, I still remember being stopped in my tracks the first time I heard "Intervention" as I walked down 3rd Avenue and few musical moments have hit me quite so hard. It was the album that started a love affair with a band that has also felt so personal and one which still brings out the nostalgia factor unlike any other. 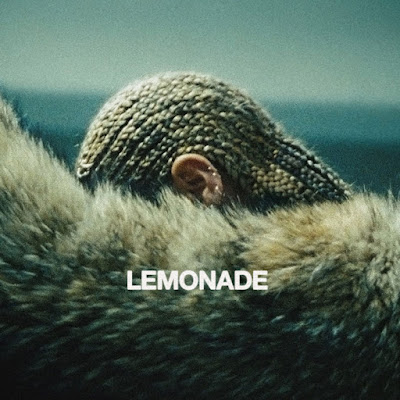 07. BEYONCÉ | Lemonade
Beyoncé was already the biggest pop star in the world when she dropped Lemonade via HBO and she only sky rocketed from there. After the rumors swirling her marriage status hit what felt like an all-time high, Queen Bey let us all in to her world for a rare glimpse of her life. On 4 she sang about being in Love and on her self-titled she revealed her passionate and romantic side of life. On Lemonade she revealed that she too is a human who has suffered and for once, felt like one of us. It was her moment of humanity and self-assurance. She's still the queen, but she's still a person just like the rest of us. 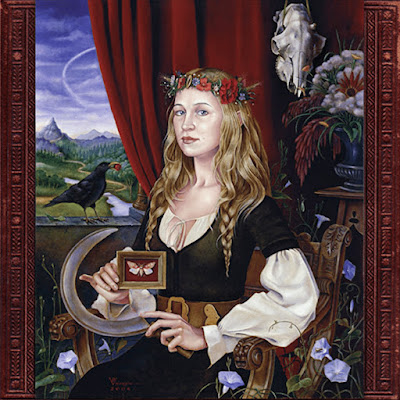 06. JOANNA NEWSOM | Ys
When you think of epic songs, ten-plus minute harp compositions might not be the first thing to come to mind. However, Joanna Newsom's Ys is not only a triumph in song-writing, but a masterclass display of musical talent as well. To this day, nothing else sounds even remotely like this opus and nothing ever will. The storytelling, the arrangements, the vocal work are all in a class of their own and it forever changed the idea of what progressive music could be in a pop and orchestral format. Ys lives in a world all its own and we're lucky to be invited to experience it. 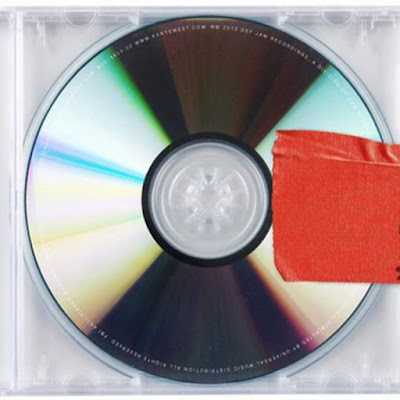 05. KANYE WEST | Yeezus
Kanye doesn't make it easy to be a fan, especially these days, and while I don't condone ANY of his recent behavior, Yeezus still feels like his biggest achievement and one worth noting for its musical accomplishments. Yes, My Beautiful Dark Twisted Fantasy is THE album to garner all of the attention and it certainly is nothing short of genius, but Yeezus was the last moment (I think) where we saw the old Kanye. It was his last real, completed album and the last one that actually changed the game. The risks here were bigger and they actually worked. It was his last to leave a mark on the scene and the last to push forward new ideas in a new, interesting way. It's the last time I felt comfortable telling anyone I was a fan of Kanye and the last time I probably said it with any ounce of honesty. 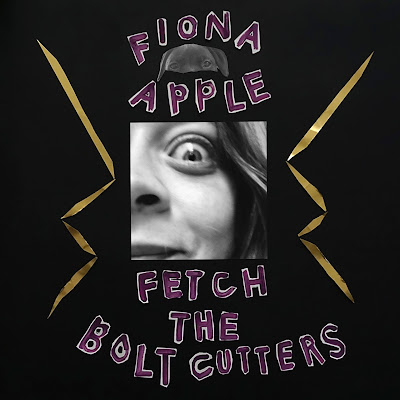 04. FIONA APPLE | Fetch the Bolt Cutters
I declared Fetch the Bolt Cutters the album of the year the first time I heard it and knew that nothing else would compare. I stand by that statement today and every time I put on the record, I feel justified. To me, it set a new standard for what a pop record could sound like and it sounded like nothing I had heard before or ever since. It's a masterpiece in every way. Truly perfect. 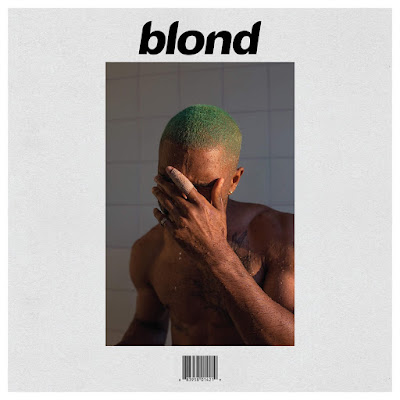 03. FRANK OCEAN | Blonde
There isn't a single chorus on this album. Not one. The songs on the album defy all normal conventions of songwriting and instead replace them with the brilliance that occupies Frank Ocean's mind. The vulnerability and risk taking on this album are exceptional. After years of building the follow-up to Channel Orange, Frank Ocean made the stakes impossibly high. Still, he not only delivered a proper follow-up, but his most important and defining work to date. It's an album that changed the idea of what R&B could sound like and gave way to the idea that something so different could still result in festival headliner status. It's entirely captivating and imaginative, reinventing the wheel at every possible turn. Blonde isn't just the best work of Frank Ocean, but the best work in the genre. 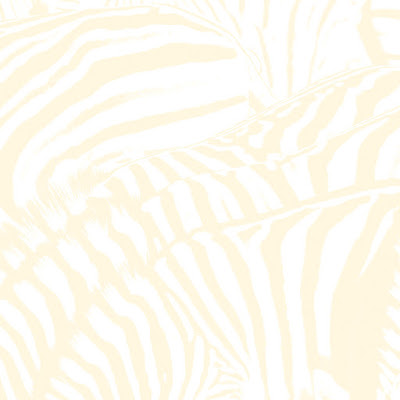 02. BEACH HOUSE | Teen Dream
To me, Teen Dream is incendiary. A perfect 10/10 album that embodies the idea of dream-pop second only to the Cocteau Twin's immaculate Heaven or Las Vegas. The pacing is stellar, the sound is lush, and the grooves are fruitful. There isn't a single sour note or moment that feels out of place and it's the album that best surmises the sound the Baltimore duo set out to create from the onset and continued to focus on with every subsequent album. To many, Beach House have written the same song almost seventy times over, but for me, there is nothing that comes close to the work of Teen Dream. It's a glowing piece of music that feels wholistic and pure, full of wonder and amazement that is surely set to send you into the cosmos. It's the soundtrack you'd expect to hear in the mythical city of Atlantis because it sounds almost too good to be true. Some days, I wonder if it's the soundtrack transcending me to the heavens and one day I hope to confirm this is indeed the case. 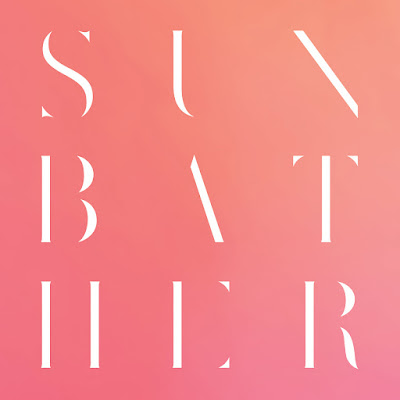 01. DEAFHEAVEN | Sunbather
At this point, I'm not sure what I have left to say about Sunbather. From the opening riffs of "Dream House" it sets off on a course of illustrious metal and buries it all with the eternal warmth of shoegaze to create something so pure and majestic it can often bring me to tears. Everything about it feels perfect to me and I listen to it as often as possible. It's a cathartic journey that grabs hold of the senses and seizes the attention of the listener with such a firm yet gentle grasp that it feels transformative with every single listen. From its bright pink cover to its life-affirming swells of guitar, it is truly sublime. Every note, every drum hit, every scream hits with such harmony that it can feel instantly overwhelming while also acting as an aid to the outside world. Putting on the album and getting lost in the sensations never grows old no matter how many times I give it a listen and each time feels like the first. It's a powerful, beautiful, tough, luminous, intense, breathtaking, and absolutely marvelous creation and if there is anything that will forever hold these years in my mind, this is it. There is nothing else like Sunbather and in some ways, I hope nothing else ever comes close. This is it. This is what it's like to dream. May we all dream with such beauty.
SONGS
500 of the best songs that were released between 2006 and today. These are the songs that best represent the past fifteen years of OMG!NYC.
Posted by marc at 10:00 AM