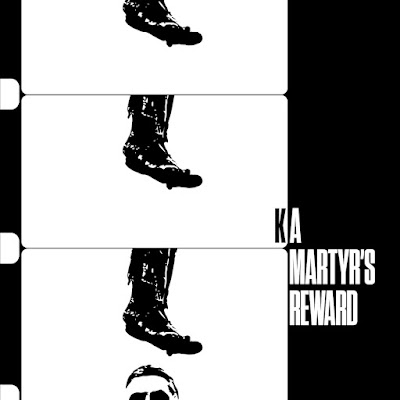 Last week, Brooklyn's Ka surprise released a brand new record and shared a track called "I Notice."
Ka has dropped a new album called A Martyr's Reward and the only way to hear it is to buy the .wav files directly from his website. The record comes after last year's excellent Descendants of Cain and is a pretty rapid follow-up for the artist who is also a member of the FDNY, but is an exciting and welcomed surprise. Ka does things on his own terms and in true independent fashion, so there is minimal information surrounding its release, but you can check out the single "I Notice" while you wait and pray for it to hit streaming services. It's a knotty track that comes with a video directed by the man himself and ends with a Nina Simone sample. Ka's gruff voice sounds powerful and direct, the warped beats and waning backing vocals giving it a hypnotic feel that puts the vocals straight to the center, allowing the words to really take hold.

Email ThisBlogThis!Share to TwitterShare to FacebookShare to Pinterest
Labels: Ka