Liars played the Temple of Dendur 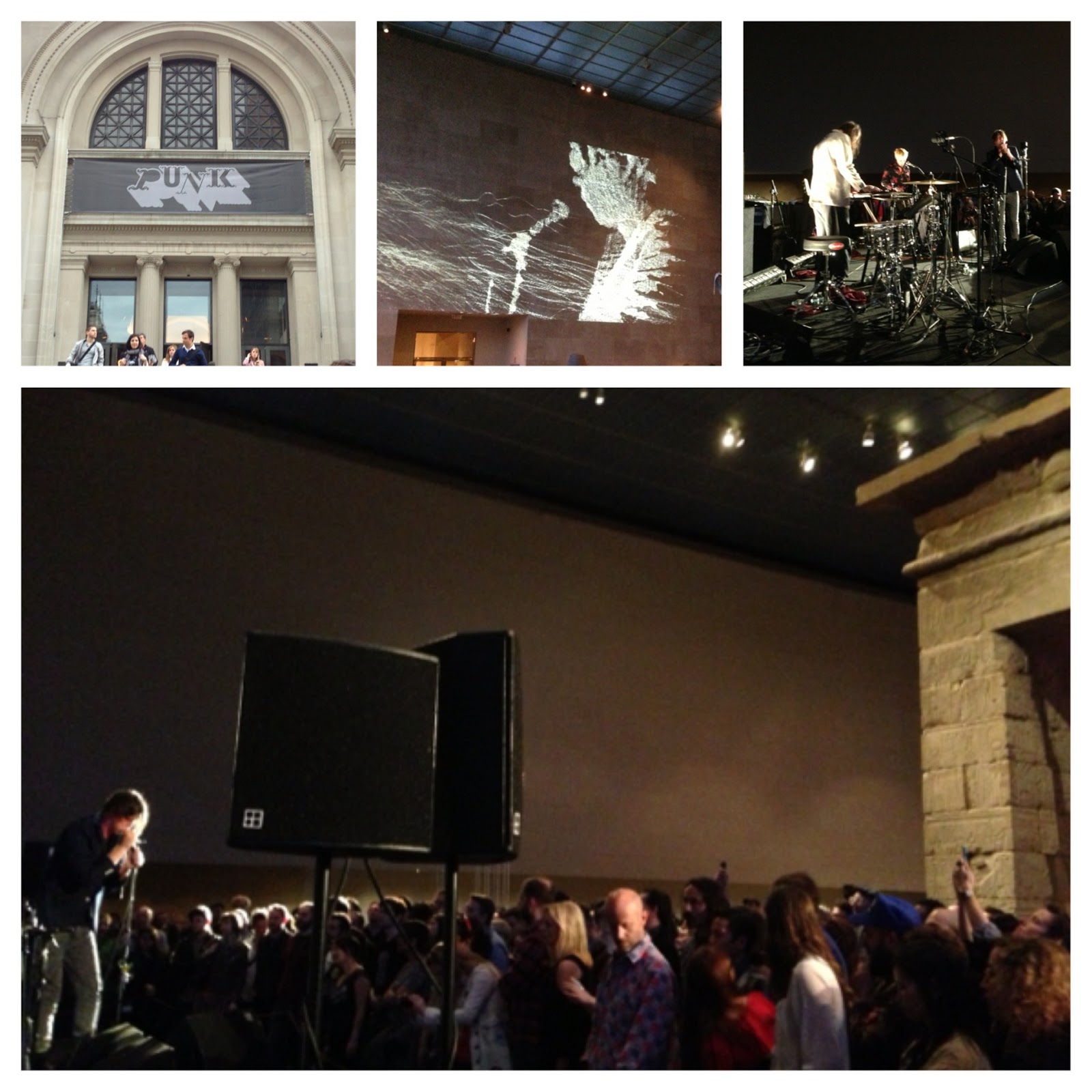 If you live in New York long enough and and are a dedicated enough music fan, you'll have the
opportunity to see some pretty awesome things. For example: Arcade Fire playing in Judson Memorial Church, My Bloody Valentine playing their first US non-festival show in 16 years, Daft Punk join Phoenix for a surprise encore, or Dinosaur Jr bring out their friends to celebrate their landmark You're Living All Over Me. Liars playing in the Met's Temple of Dendur was not the best concert I've ever been to, however the experience was one of the most unique live performances I've ever seen. With the temple behind the crowd, the band infront of the moat, and abstract projections on the stone walls behind, there was never a dull moment. "Welcome to the temple" Angus bellowed before the band dove into a fervent set of dense electronic noise rock. The band played a lot of new material, very much in the vein of last year's underrated and under-appreciated WIXIW, as well as a lot off that album. The sharp, heavy synths were accompanied by booming bass that bounced off the solid stone walls that enclose the room. Behind the band were striking visuals. 3D renders of each band member appeared amongst hieroglyphics, distorted shapes, and a spectrum of free-flowing graphics. The intensity of their past albums might not be as prominent on their new tracks, but in a live setting, everything is as ferocious and powerful as one could hope. Given the unusual setting, the sound traveled exceptionally well and the juxtaposition of ancient Egyptian artifacts and Liars was a pairing most probably never knew they needed to witness, but will never be able to forget.
Posted by marc at 2:42 PM