Neil Young and Crazy Horse - "Standing in the Light of Love" 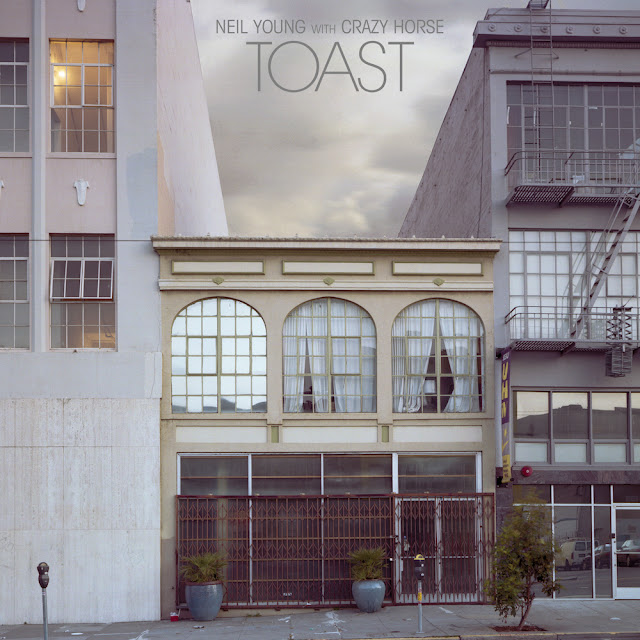 The illustrious vaults of the Neil Young archives have opened once more, this time to bring us the "lost" album Toast.
Sometimes, it feels like you need a degree in his deep history to be anything more than a casual fan of Neil Young. For the past sixty years, the living legend has released an impressive amount of steady, new releases either as solo works, as part of supergroups, or with his many different backing bands. Sometimes, he'd record entire albums and leave them on the shelf for decades. Many are still unreleased. Back in 2000 and 2001, Neil recorded a record with his most famous backing band, Crazy Horse, but like so many other projects from his career, he never made it available and it's been sitting in his vault for nearly twenty years. Four of the songs made their way to 2002's Are You Passionate? which he made with Booker T & the M.G.'s and some of the songs have been played live, but the record as a whole has remained a thing of folklore for Neil's many devoted fans. Well, today he's announced that he's finally ready to release the record and we'll have it later this summer, but while we wait for the whole thing, we can immerse ourselves in the rusted beauty of "Standing in the Light of Love." As you may expect, this one is a bruising rocker that is unmistakably a Crazy Horse track. It's got the surge of classics like "Like a Hurricane," "Love and Only Love," and "Over and Over," all staples of the band's pure magical chaos. They're revved up and ready to go on this one, the energy is high and the guitars bleed noise. It's a barn burner that easily fits in with some of Neil's most iconic head bangers and it's wild to think it's been waiting twenty years for us to hear it in all of its untamed glory.
From Neil:

Toast is an album that stands on its own in my collection. Unlike any other, Toast was so sad that I couldn't put it out. I just skipped it and went on to do another album in its place. I couldn’t handle it at that time. 2001.

John Coltrane, one of my heroes, made some music at 'Toast' studio back in the day. It may have been called 'Coast' then, but maybe not. The name changed a few times back and forth. It was on Mission in SF. The back door opened onto an alley. It was so stuffy in there that we left the door open until one day we saw rats coming in and out. After that, we just went outside for a smoke.

The music of Toast is about a relationship. There is a time in many relationships that go bad, a time long before the break up, where it dawns on one of the people, maybe both, that it's over. This was that time.

The sound is murky and dark, but not in a bad way. Fat. From the first note, you can feel the sadness that permeates the recording. That song, with its refrain, "Don’t say you love me," is called "Quit." The next one, sort of like a Deep Purple hit, is called "Standing In The Light." "I don’t wanna to get personal, or have you put me on the spot" is the opening line. Followed by "Goin Home," these songs paint a landscape where time doesn’t matter – because everything is going south. A lady is lost in her car. The dark city surrounds her – past present and future. It's a scary place. You be the judge.

Then the scene changes to a religious guy who just lost his job. He’s turning on Jesus. He can't cut any more trees. He’s a logger. Finally, The "Gateway Of Love" beckons with "background noise on a changing sky." I had forgotten about these songs, put them out of my mind and went on living my life.

It must be said that here Crazy Horse shows a depth never seen or heard before. The greatest group I have ever met. This is a pinnacle. Where they let me go, where they took me, was unbelievable. I couldn't stay. Then, "I'd like to shake your hand, Mr. Disappointment." I see you now eye to eye. Murky and dark. There's no mistaking it. How can you be so real and intangible? So we continued on down on the path. "She's a healer." But not this time. It's Toast.