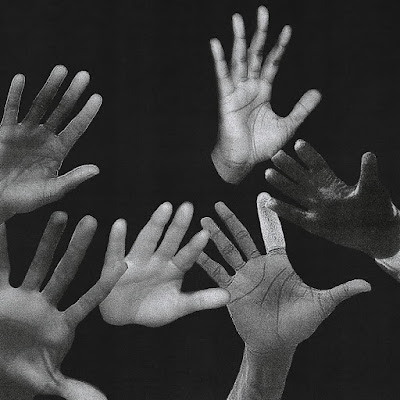 Ahead of his new album this Friday, Kendrick Lamar has shared his first new song in four years.
In the days leading up to the release for DAMN., Kendrick Lamar dropped the non-album track "The Heart Part 4." It was the fourth in a series of songs that immediately proceeded one of K Dot's studio records. Today, less than a week before the follow-up to DAMN. finally drops, Lamar shared his first new song in four years, "The Heart Part 5." Over playful, funky beats Kendrick drops back into the driver seat to deliver his typical onslaught of impeccable flows, crips deliveries, and rapid-fire rhymes. Quickly he starts things off by thanking his fans for sticking with him before hitting the gas and unleashing his first new raps on in his own track in years and it's clear that he's in full control of this one, not fitting into the conditions of someone else's track (even though he often made those appearances the most compelling parts of those tracks). On the fifth installment of this series, he sounds energized and ready to take back the title and his place at the top of the Rap world. In the video for the track, Lamar’s face morphs into several deepfakes, including OJ Simpson, Will Smith, Jussie Smollett, Kobe Bryant, Kanye West, and Nipsey Hussle and his raps seem to match up to those perspectives as well. Half-way through the track, he cuts the drums and we're left with a simple bass riff and Lamar's voice. He takes back the spotlight with utter authority and total control and it's a remarkable feeling to hear new Kendrick once again. Of course this is only just the lead up to what seems to be a double record from the biggest name in Hip-Hop, but it's a thrilling reminder of what's to come. The wait is almost over and the king is ready to reclaim his throne.
Kendrick Lamar's new album, Mr. Morale & The Big Steppers, is out Friday, May 13 via Top Dawg Entertainment.
Posted by marc at 10:12 PM