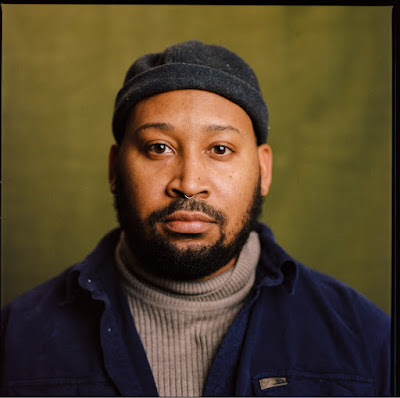 Recently, Bartees Strange announced his new album Farm to Table and today he's back with another single from the record.
A lot of Bartees Strange's best songs are delivered with a sense of urgency. Rushing guitars, surging drums, and his fleeting vocals are a powerful combination and they help bring his unique approach to indie rock to new heights, especially if you're able to catch him live. Bartees flexes his musical muscles best on stage, but even on record, his songs can explode with a special force. What makes his latest track, "Hold the Line," so great is finding power in the quiet moments. This is a slow burning track that cascades gorgeously rather than bursting under the pressure.

I remember watching George Floyd's daughter talk about the death of her father and thinking wow — what a sad introduction to Black American life for this young person. It was painful to watch her grow up in that moment, like all Black kids eventually do.

"Hold the Line" was written over the course of three days during that first pandemic summer. Through this song I was trying to make sense of what was happening in the US, my neighborhood, and my community at that moment. During the marches people were trying to stop the bleeding, locked arm in arm, doing everything they could to hold the line.

Music has long been a tool for protest, but often we think of it as an energized force full of passion. "Hold The Line" takes a different approach and reminds us all that the loudest voice isn't the only approach.
Farm to Table is out June 17 via 4AD.
Posted by marc at 6:16 PM