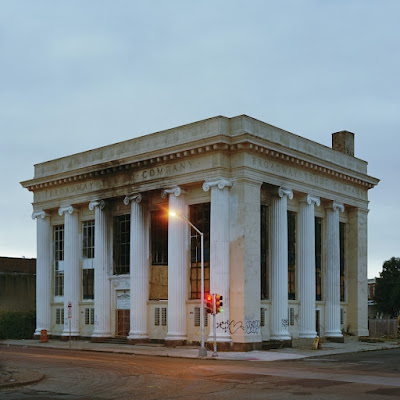 Long-time indie rockers The Hold Steady have announced a new album and shared the lead single, "Sideways Skull."
The Hold Steady have been churning out barn-burning rock songs for about two decades and are showing no signs of slowing down. While they're not garnering the same praise as they did during their golden days around records like Boys and Girls in America or Stay Positive, they're still a consistently great band full of big hooks and rocking choruses that we may just be taking for granted at this point. "Sideways Skull" is a rusted-out rock track that sounds coated in barroom grime. It's a slightly cracked and fuzzy number that still features some gentle piano around the half-way mark, but explodes with the passion you'd expect from this band just when you need it the most. It becomes a full-on rager during the back-half with some blissful backing vocals that give it an extra polish. This is a tight, straight-forward rock and roll track full of pristine swagger and instantly gratifying riffage that is sure to swell to new heights when played live to a packed crowd.
The Price Of Progress is out on March 31 via Positive Jams.
Posted by marc at 6:13 PM

Email ThisBlogThis!Share to TwitterShare to FacebookShare to Pinterest
Labels: The Hold Steady