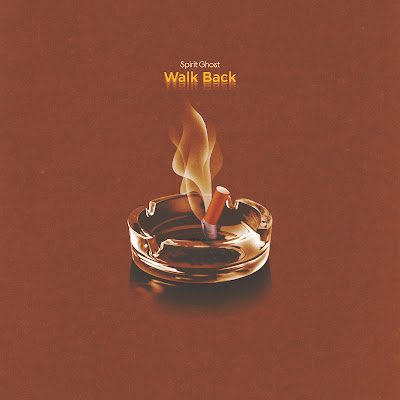 Spirit Ghost have shared a new song, "Walk Back," and announced a new record due in March.
Following a string of steady songs from last year, Spirit Ghost (the solo project of guitarist Alex Whitelaw of Sasha and the Valentine's) will release a new album called Melting Right Before Your Eyes and today we're getting the third single, "Walk Back." A breezy two and a half minute jam, Spirit Ghost wastes no time hitting the fuzz pedal and blasting off into a hypnotic realm of scuzzy surf rock that feels instantly nostalgic, but without retracing old ideas. Whitelaw's vocals add extra buzz to the already buoyant track and it hits with lightning-fast tenacity that never relinquishes its hold. An emphatic "woo" takes the song into hyperdrive as it rushes along at a steady, yet hurried pace and feels immediately familiar while still pushing Whitelaw's sound into a singular vision, one that breathes stunning promise. Along with the new record, an album release show has also been planned for March 3 at Brooklyn's Alphaville and while the songs are packed with tightly-wound energy on record, you can already feel the power they'll unveil when played before a crowd.

Melting Right Before Your Eyes is out March 3.
Posted by marc at 12:21 AM