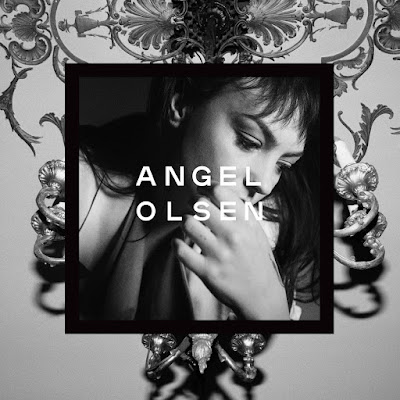 Angel Olsen has shared a new track, "Alive and Dying (Waving, Smiling)," from her upcoming box set, Song of the Lark and Other FarMemories.
Like she did for her track "Whole New Mess," Angel Olsen has shared a new recording of her song "Waving, Smiling." This version includes an eleven-piece orchestra and it's called "Alive and Dying (Waving, Smiling)." Olsen's last full-length of new material was 2019's All Mirrors, but last year she released Whole New Mess, the stripped down original version of the later album, so the trend of remaking her own work continues, and still pays off. Not unlike other women in the folk scene, her new versions of her own recent triumphs don't necessarily feel needed, but when the outcome is so strong as it has proven to be for her, then they are more than welcome. "Alive and Dying (Waving, Smiling)" feels cinematic, grand, and nostalgic for an ornate past. It shows Olsen's versatilities and peels back the layers into her creative process as she showcases new ways of processing the past. "This song is all about chapters closing, and learning to let go of things I can’t understand," Olsen said in a press release. "It’s very me—I will always nosedive into love, and suffering can definitely come with that. When I hear this version the strings really bring the song to its necessary bittersweet boiling point."
Song of the Lark and Other FarMemories is out May 7 via Jagjaguar.
Posted by marc at 10:20 PM