Widowspeak - "Everything is Simple" 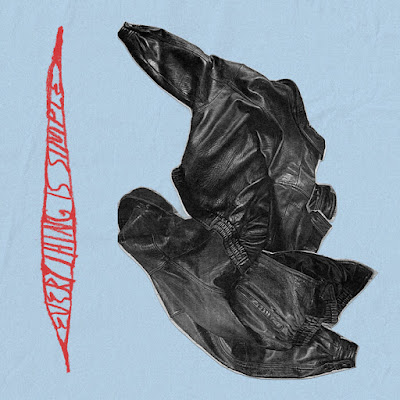 Widowspeak have announced The Jacket, the follow-up to 2020's wonderful Plum, and shared the lead single "Everything is Simple."
Widowspeak's approach to their next record was a bit different than previous albums. Starting out with some loose sketches for tracks, the band turned them into a fictional tale about a made-up band (a method Paul McCartney used for Sgt. Pepper). "Everything is Simple" is our first taste and it immediately takes a darker, downtrodden turn than the brighter songs from its predecessor. There is a strong, metallic riff that drives the track forward with Molly Hamilton's hushed vocals glossing over the texture to give it a semi-polished feel before more agitated, proto-punk grit takes over in the later-half of the song. This is a noir-country take and incredibly suiting of the band's dynamics that furthers their sound away from the pleasantries of dream-pop into something a bit more sinister in sound. There is still that luminous glow that evokes beauty, but it's been roughed up around the edges. In a statement, the band shared:
“At the beginning of something (a relationship, a project, a job, a new place) you have this very pure feeling toward it. Everything feels less complicated because you’re oriented wholly toward that potential. It’s undefined, and that makes it easier to understand, because you can’t see the problems yet. As time goes on, you learn more, you experience more, and you see where the limitations exist: not even necessarily ones imposed upon you, but where you draw your own lines. Maybe you can’t see what was holding you back until it’s in the past, and by then others’ perspectives contradict your own. Everyone is constructing their own versions of reality.”
The Jacket is out March 11 via Captured Tracks.
Posted by marc at 6:09 PM

Email ThisBlogThis!Share to TwitterShare to FacebookShare to Pinterest
Labels: Widowspeak