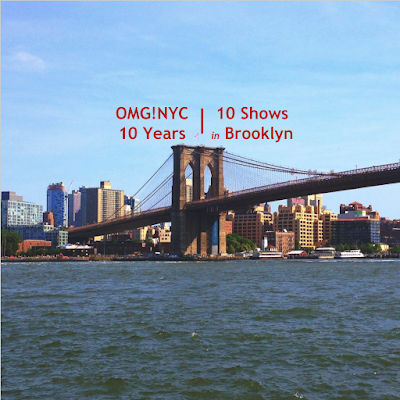 Few can tackle stage production like Trent Reznor and tour after tour the man continues to raise the bar, making each of his treks one of the most exhilarating of the year. Whether he's playing arenas, headlining festivals, or obliterating theaters across the country, there is nothing like seeing Nine Inch Nails and immersing yourself in all that Trent can unload. Packing the stage with as many lights as it seemed possible, the quintet jammed themselves onstage and proceeded to annihilate the crowd with a visceral and dominating show that made the band feel larger than life. The guitars were revved-up with an ultra-menacing tension that was matched by Ilan Rubin's frenetic drumming. The night started off in high velocity by driving straight into "Terrible Lie," "Mr. Self Destruct," and "March of the Pigs" all of which came together in rapid succession and raised the intensity of the night to a strong eleven. The industrial icons were in absolutely stellar form, their best in years, and the total power they unveiled onstage was unfathomable. Not once did the group falter, each song transitioning from one to the next with utter perfection while a magnificent spectacle unfolded behind them. In a specific moment, beams of light boxed in the band onstage, somehow making the theater feel even more intimate and continued to prove the legacy of the band's mind bending performances. New tracks like "Shit Mirror" and the excellent "God Break Down the Door" were a great balance to the otherwise rather classic set list of which almost half was comprised from Pretty Hate Machine and The Downward Spiral. (After dominating Sunday's show at Radio City, nothing from The Fragile made the cut.) Somehow making its live debut just a few weeks ago, "The Perfect Drug" was enthralling and set-up the rest of the set to close out the night with brazen fury. "Wish" and "Head Like a Hole" saw the lighting exceed to a whole new level as walls of blinding strobe overtook the room. As one could've expected, the night was ended with "Hurt," a predictable, but forever powerful number that capped off an incredible night. The rarity of a Nine Inch Nails is nowhere near the level of their past, but the allure of seeing the band live remains. Time and time again, Trent has brought his talents in both owning the crowd as a frontman, but also from a creative direction in terms of design and engineering. The extravagance is unmatched and with each passing tour, Reznor continues to be one of the most innovative artists in live music. Reznor reviving his project after only a handful of years into retirement felt a bit contrived at the time, but all is forgiven when he takes the stage and continuously carries out the performance of the year.
The Raconteurs played Baby's All Right | 2019
Jammed into the intimate setting, the Raconteurs resurrected their rock and roll status, continuously revving up their sound and taking advantage of such a small crowd through impressive solos and absolutely righteous, dueling guitar melodies that centered the band. Brendon Benson and Jack White are impeccable frontmen who drive the show, each one riffing off the other and providing such a harmonious balance that it's hard to believe they've stayed apart for so long. The band felt impressively tight, as if they've been playing together every day for the past decade, their grooves are understood and their rhythms are sharp, ready to be put on display. While Jack is the obvious star of the group, Benson was the true leader of the evening. His songs took hold and really drove home the night, their messages perfect and their craftsmanship stunning. Newer tracks "Bored and Razed," "Help Me Stranger," and "Sunday Driver" all sounded so much larger in-person and the live setting only heightened the overall feelings of each number. The guitars were attacking and ready to raise some hell, their bluesy nature begging for epic solos and fire-power riffs. Blown apart and with a massive push behind them, it felt like the only proper way to experience the new material. No matter how great your home set-up may be, nothing is able to top White on stage and watching him and his band unleash such a raw power was incredible. Older jams like "Many Shades of Black" and "Steady as She Goes" were absent from the set list, but once the band came back for the encore and ripped into "Salute Your Solutions," the crowd went off the walls. Hands were in the air and it was easily the most rocking portion of the show. Rock and roll may have fallen out of fashion in the decade since the band's last album, but that only fueled their fire to return and prove that rock still has a place in the musical landscape. While the new record won't ignite the same spark as many bands did in the early aughts (White's music included), it surely helps suggest that there is still a hunger for live music played with guitars, drums, and bass and the Raconteurs are ready to fill any void.
Posted by marc at 7:57 AM