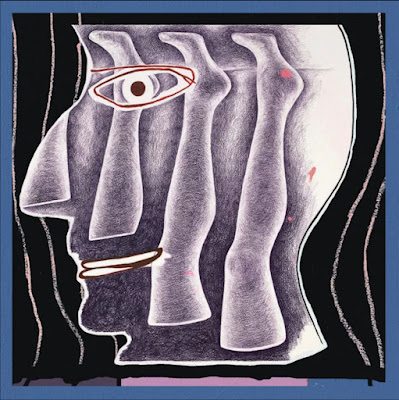 A few months back, Hot Chip announced a new album and today they've shared the groovy new single "Eleanor."
Hot Chip have never shied away from pop music throughout their career, but few things have sounded so straightforward for them like their latest track, "Eleanor." They've always made club-ready tracks that are just as fun under a spinning mirrorball at the discotheque as they are in a massive crowd at a festival. Slick grooves, plush electronics, throbbing synths, and padded percussion have been signature moves of theirs from the beginning, but this one definitely leans more into the '80s funk than a lot of their past material and it's a shame we're only getting this from them now as this track glows with enchanting melodies and euphoric beats. Alex Taylor described the track as follows:

It’s about the world smashing into you, waves crashing into you, all-encompassing pain, and how you have to walk through it. The verses are about separation when families are divided against their will. It’s about strong friends. It’s also about Samuel Beckett giving Andre The Giant lifts to school, and about how Beckett must have learned a lot from Andre’s wisdom.

Freakout/Release is out August 19 via Domino.
Posted by marc at 8:18 PM