KOKOROKO - "We Give Thanks" 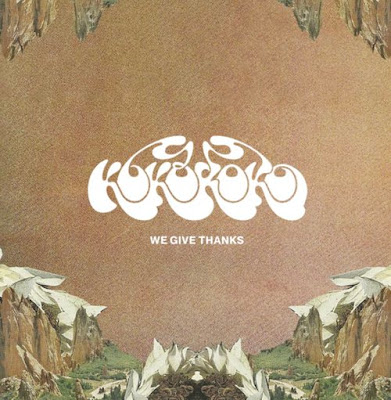 KOKOROKO, the London collective that has been steadily dropping singles over the past few years has finally announced their debut full-length. It's called Could We Be More? and it's out this August.
Along with the album announcement, the group also shared the new song "We Give Thanks" which continues their vibe of breezy jazz that hits with a full swing. The rhythm carries on with impressive flow, horns giving a needed bounce to the already propulsive groove. The drum fills are eccentric and roll right on cue under a humming synth line to bring West African vibes to the buzzing track. The vocals are rich and layered as well, adding as much to the song as the music itself. It's the sound of their collective backgrounds coming together and uniting in transformative glory. There is timely R&B and Afrobeat which give extra flavor to the band's graceful jazz harmonies and helps create something that feels uniquely their own. Going further than they ever have before, there are also notes of Caribbean rhythms which continue to both further their sound, but also helps to unify their global reach. With their extensive and worldly sound, Kokoroko conjure up something magical by bringing these elements together to create something that is feels and sounds wildly unique. According to the band, "We were imagining playing live with this one - it's definitely written with that energy we get towards the end of a set. Some shows, like La Cigalle in Paris or Paradiso in Dam have legit felt magical for us & you always want to give that energy back. This is us trying to do that." The magic certainly feels real on this one.
Could We Be More? is out August 5 via Brownswood Recording.
Posted by marc at 6:00 PM

Email ThisBlogThis!Share to TwitterShare to FacebookShare to Pinterest
Labels: kokoroko