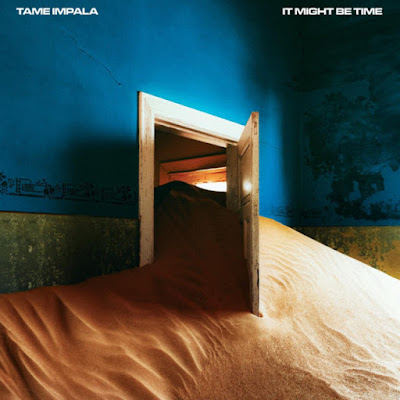 Tame Impala have announced their first new record in five years. The follow-up to 2015's incredible Currents is called The Slow Rush and it's out in February 2020.

Earlier this year, Kevin Parker and company dropped two new singles which seemed to signal the band's imminent return and a new record. As the year draws to a close, we finally have the news that a new record is on the way featuring one of the earlier singles as well as the brand new track "It Might Be Time." The latest single doesn't reinvent the wheel for Tame, heavy synths and their electro-guitar magic sound firmly in place here, a few scattered sirens add some new sonic textures, but otherwise, this feels like the proper direction following Currents. There's a lot more to digest on "It Might Be Time" than there was on "Patience" or "Borderline" and this one truly feels like some true studio magic. The track doesn't really scream excitement and probably isn't one to get stuck in your head, but it's a sign that a great band is back and even if their latest isn't as bold and powerful as fans might've hoped.