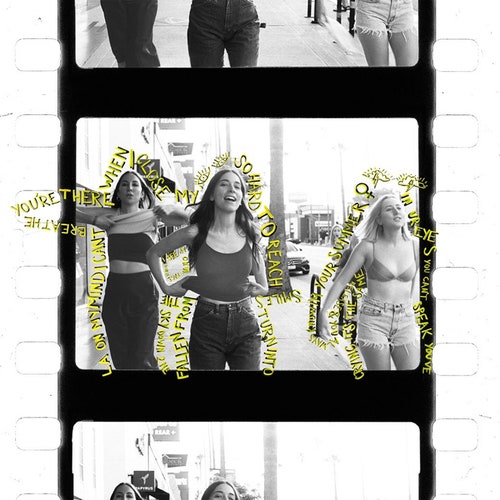 Haim have shared a new song called "Summer Girl" and while there's no album announcement attached with the release, it's their first piece of new music since 2017's Something to Tell You.

Their 2013 debut Days Are Gone and 2017's Something to Tell You relied heavily on the sisters ability make near perfect indie-pop songs that called for eccentric sing-a-longs and triumphant hand claps. Anyone who hits play on "Summer Girl" expecting a summer anthem in the same vein, may be a bit disappointed. That's not to say that "Summer Girl" is a bad track, it's actually quite great, but it finds the band moving in new directions. As hinted on twitter, the song borrows heavily from Lou Reed's iconic track "Walk on the Wild Side" and as a lilting sax solo plays softly in the back or the sisters echo the "do do dos" that make the track so memorable, it feels like the most poignant tribute to the song since Tribe sampled it for their own "Can I Kick It?" nearly three decades ago. Written when Danielle learned of her partner's cancer diagnosis, the songs shows an incredible sign of maturity and growth from the band. They don't need to rely on their same old tricks, but can embrace more of their influences from the past and still make music that feels fresh and exciting.