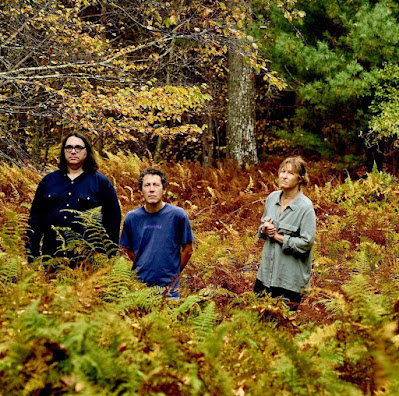 After having to reschedule an outdoor show in Central Park due to Hurricane Ida, Yo La Tengo also announced a short residency at Queens' TV Eye.
Yo La Tengo was always the band I regrettably got into too late. For so long, they were always the band I had meant to check out, but their extensive discography was always too intimidating. I knew they'd be a band I'd come to love if I ever could just sit down and give them a listen. Everything about them felt "on brand," but for some reason they never came into my life in the same way as favorites like Dinosaur Jr or Sonic Youth or even other indie rock staples of the '90s like Pavement and Built to Spill. But still, Yo La Tengo's records stack up against any of those bands and at their prime, they even outdo them. They've also outlasted nearly everyone. Over 30 years into their career and they're still writing excellent songs. One thing the pandemic did give me was the opportunity to dive deep into music and I wasted no time finally getting into Yo La Tengo. More than any other band, they soundtracked so much of my past year and a half that finally being able to see them, and in a tiny venue no less, felt serendipitous. They played a long and varied set that captured their incredible range from blissed-out avant '60s pop to stylized noise and plenty of covers in between. Georgia, James, and Ira got to work behind their plethora of gear and never kept still. All three took on vocal duties at various parts of the night and all of them brought their A-game when transitioning from dreamy moods to clangors of brutalized feedback. After a long drone to start things off, they dipped towards their more mellow tracks for the first half of the evening and really settled into the vibe before suddenly breaking into rippling waves of extreme guitar work. Everything felt calculated, but still free and improvisational at times, taking cues from free jazz as much as from no wave. Their collective influences stretch far and wide as was evidence with their choice of covers. Their main set featured a staggering "Time Fades Away" which was powerful, mighty, and still true to Neil's rocking original and the encore kicked off with a "non-ironic" Motorhead cover. Ira spoke to the crowd, thanked everyone for wearing masks and being willing to be out in groups of people again before stating how the band had been feeling equally excited and full of fear as they geared up to be out in front of crowds consistently for the first time in months. For over three decades, Yo La Tengo has been a pillar of the scene and tonight was just another example of their unsuspecting brilliance. They've never been the biggest name in the underground, but they might be one of the most respected and one of the most consistent groups to ever do it. Seeing them unleash their skills and make it seem natural to go from explosive walls of sound to buzzing lullabies was wonderful. For so long, they've been a beacon for pure, honest music that never fully catered to one particular sound, but were always dependable for creating something special. A band that cared the most about doing it for the love of their music and their fans. Time has proven that they're still that band and plan to be for as long as we need them.
Set list
01 "You Are Here"
02 "Ashes"
03 "False Alarm"
04 "Paddle Forward"
05 "Season of the Shark"
06 "If It's True"
07 "The Crying of Lot G"
08 "The Point of It"
09 "Move to California" (Times New Viking cover)
10 "I'll Be Around"
11 "For You Too"
12 "Stockholm Syndrome"
13 "Time Fades Away" (Neil Young cover)
14 "Decora"
15 "Mushroom Cloud of Hiss"
--
16 "Bomber" (Motorhead cover)
17 "I'm So Lonesome I Could Cry" (Hank Williams and His Drifting Cowboys cover)
18 "By the Time It Gets Dark" (Sandy Denny cover)
Posted by marc at 7:40 AM