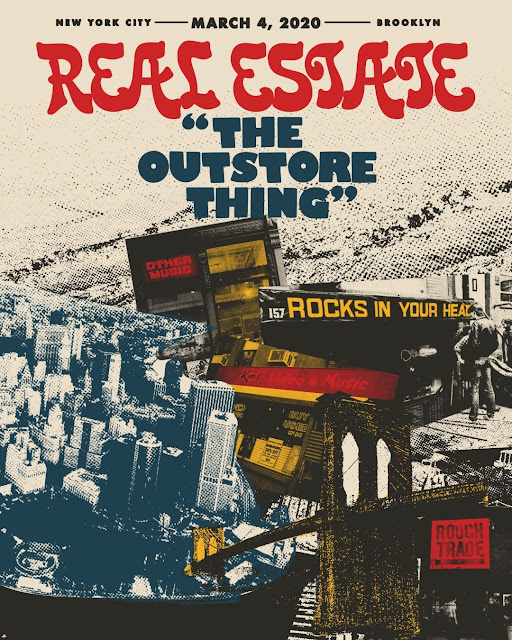 Last week, Real Estate released their fifth record, The Main Thing, and to promote the album, the band did a Q&A and a "laid back" performance at Brooklyn's Rough Trade.


At just over a decade into their existence as a band, Real Estate have perfected their formula of lackadaisical indie rock, churning out quality after quality records that always find the band returning to their familiar patterns while introducing subtle nuances that continue to push them into new territory. The Main Thing is what fans have come to expect from the band: hazy, jangle guitars, steady rhythms, and existential lyrics that map the life of lead singer Martin Courtney as he matures from unsure college grad, to confident buzz band frontman, to married father once again living outside the city. Their songs are always equally enchanting as they are a reprise of past ideas. Yet with each release, Real Estate manage to always keep their songs from sounding stale. While their music seems to flow with ease, the band actually spent the past year road-testing the new material, allowing the live performances to help dictate their final studio forms. When played in a stripped-down format, the songs sounded even more intimate and breezy than on record and gave a different view of the band and their style. Billed as a "laid back" show (a term that feels incredibly hyperbolic for a band already known for being pretty chill), this was not an unplugged set, but the lack of a drummer certainly gave way to more of a free-form, floating sound and the feeling of a special one-off kind of performance. The mix of acoustic and electric guitars with some extra padded synths gave the band more of a raw sound, an un-produced glimpse into their more basic qualities, and further mellowed the mood of the crowd. "You" and "Paper Cup" floated on with breezy melodies and shimmering, lush textures that added subtle depths to the tracks. The jam influences of bassist Alex Bleeker felt more apparent in this setting, their ability to really groove without the pull of a drummer gave the group a bit more freedom which echoed in the songs. Sticking almost exclusively to the new record, the short set did feature an effervescent rendition of "Green Aisles" and a wandering "Wonder Years" to close out a short, but leisurely performance.
Posted by marc at 7:08 AM