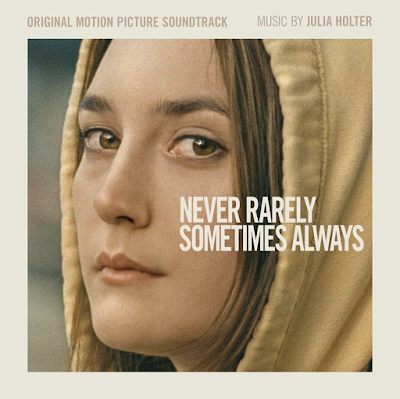 Julia Holter has soundtracked the new film Never Rarely Sometime Always, and it's her first release since 2018's Aviary.

The score is a soothing instrumental piece and at the center of it is "Stealing Money" which is a swelling piano track that feels supremely graceful and acts like a balm in some seriously confusing times. Melodies float adrift as the keys add sparkling texture while the song slowly takes shape. On her Instagram account, Holter said she "put together the @neverrarelyfilm soundtrack with my score, some cues expanded, and two extra score pieces not used in the film ... i love this movie, it's deep and vivid. felt like the music should just underline Autumn's emotions in certain moments, delicately channel the anxiety but also warmth."