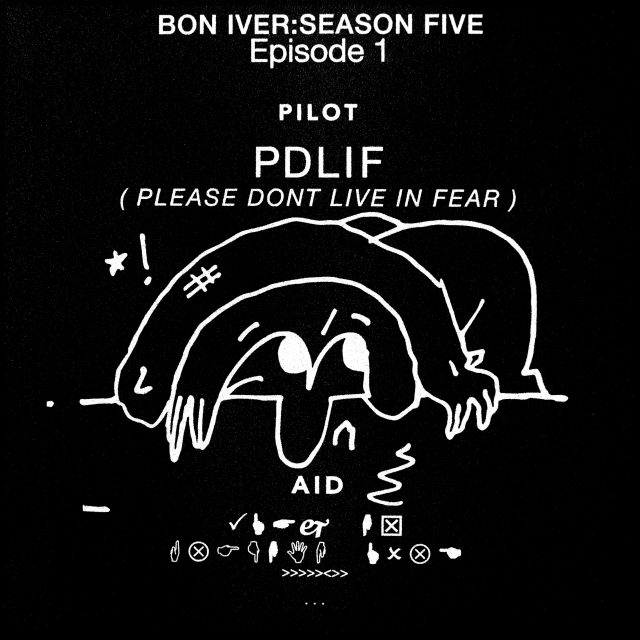 Justin Vernon knows a thing or two about isolation. When he recorded his debut album under the moniker Bon Iver (Back when it was still a solo project and not yet a collective), he did so alone in a remote cabin in Wisconsin. What emerged and transpired was something Vernon never could've have expected: a rising career that has turned the once acoustic, folk recluse into a festival and arena headlining superstar. After three follow-up records, the transformation of Bon Iver as a single person into a sprawling force of a group feels complete. The pursuit of an idea and true expressions of art has made the project such an interesting one to follow. Now, less than a year after the fourth record, i,i, Bon Iver has shared a new song. This is not a throwback to the sounds of For Emma, Forever Ago which one may have expected given the circumstances, but it still shares a common core. The track was recorded by the band in their respective, various parts, each musician making their contributions from self-isolation and putting the song together remotely, never as a joint process. And while the music may have been recorded in solitude, there is a strong sense of togetherness and community on the song. "Please don't live in fear" croons Vernon, a simple and direct plea pushing for a sense of collectiveness. Vernon leads the group here and shows that even when apart, his music can gather people and force a sense of bonding. "Well I'm not going to tell you that everyone's safe / I will say / There will be a better day." It's the direction and sense of hope we need. Even when we're apart, we can still feel together.

Proceeds of the song go to Direct Relief who help health care workers during coronavirus.