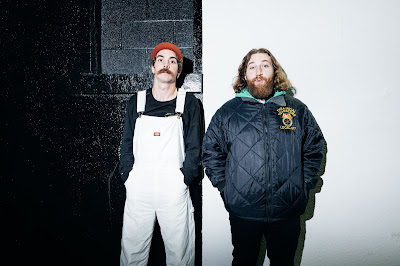 Locations are a new duo from Brooklyn crafting some thumping alternative rock free from frills and straight to thrills. Their debut drops at the end of the month, but they've already shared the first single "Dancing Queen."

"Dancing Queen" is a rough, dirty rock track with a bluesy twang that feels inline with some of the last torch bearers of rock like Jack White and a more accomplished Greta Van Fleet. It's a ragged number, much more so than the slick production on the rest of the album, but it's carried by some killer vocals with massive hooks. It's a stunner and force of power that already feels ready to rock to the rafters. Formed in late 2017, Locations is the most recent musical project for the Brooklyn-based duo of Tom Whidden and Niko Rummell and one worthy of your attention.

Email ThisBlogThis!Share to TwitterShare to FacebookShare to Pinterest
Labels: Locations