The Strokes - "At the Door" 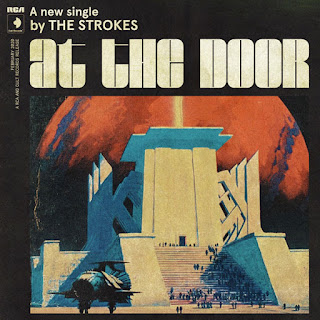 The Strokes have announced a new record! The New Abnormal is out April 10 and was produced by Rick Rubin. The band has also shared the record's first single, "At the Door."

After teasing The New Abnormal on social media last week, the Strokes have officially announced their new record and shared their first new track since 2016. "At the Door" is a synth-heavy number that feels mostly like a solo Julian track and unlike anything from their glory days. It's an interesting new direction, but likely to disappoint anyone who is still holding out for any slight chance the band could recapture the magic of Is This It. "We lost this game so many times before" Julian croons and unfortunately, it feels like this might be another one. But hey, at least they're trying!