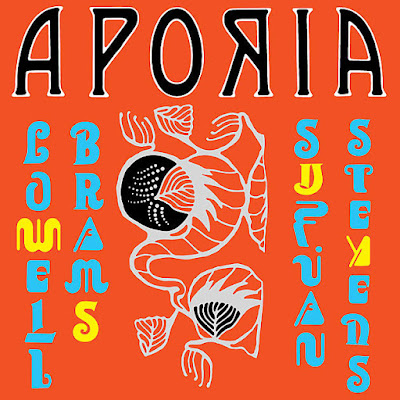 It's been five years since Sufjan's last release, 2015's beautifully devastating Carrie & Lowell, and now the singer has shared the first new single off his new album, Aporia.

"The Unlimited" is the first offering from Sufjan's new "New Age-inspired" record that gives off the impression that Stevens has spent a lot of time listening to the music from Stranger Things over the past several years. It's a dark instrumental track that feels like a sharp turn from the pristine, heartbreaking work of his last effort, but an exciting move full of promise. The description on YouTube states that the song is "approximates a rich soundtrack from an imagined sci-fi epic brimming with moody, hooky, gauzy synthesizer soundscapes."