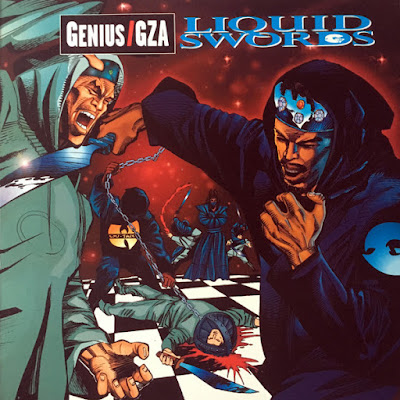 New York icon GZA crashed Manhattan's Sony Hall, brining his classic record Liquid Swords to life with a full band behind him and some help from friends.

GZA has been performing his 90s classic in full for years now, so reviving it once again at the relatively unknown Sony Hall in Times Square felt like a bit of a weird move for the Wu-Tang legend, but the Genius brought high energy and an onslaught of songs for a night of classic hip-hop.  It's also not a record I remember too often and when I do, I listen to it on dark winter nights as that is always the time it feels most worthy of revisiting. With the Shogun Assassin samples ringing out, GZA rushed the stage to rapturous applause and proceeded to spend the night dangling hits of nostalgic hip-hop in front of the crowd. Aside from his own solo numbers, GZA treated the audience to Wu-Tang classics like "C.R.E.A.M." and "Wu-Tang Clan Ain't Nothin to Fuck Wit" as well as ODB's solo smash "Shimmy Shimmy Ya" taking over the verses for his bandmates and displaying his own extensive talents with some assistance from Masta Killa and Cappadonna. The beginning started a bit rough, with GZA not finding his rhythm until a few tracks in, but once he was on, he was ready to fully embrace his past and hit back to his creative spark. Even better yet, once he got to the group's smash hits, the crowd was behind him with full force. Hearing the small club rap along to such classics really brought old school hip-hop back to life. It was clear that the crowd was older and had been listening to these songs for decades, nothing about this show felt new or as if these songs could've come from any other time or place than New York in the mid-90s. It was total nostalgia in the same vein as any other reunion act, but the energy felt here was still pushing maximum velocity. GZA's rhymes were sharp and tight and once he found his groove there was no turning him off. Of his fellow members of the Clan, he never saw the same stardom as Method Man, RZA, of Ghostface, bug for a brief moment in 1995 when Liquid Swords dropped, there was a new man atop the Wu totem pole and when he decides to revive the classic, it's clear that he was responsible for some of the group's best work. One that always deserves to be revisited.
Posted by marc at 7:18 AM

Email ThisBlogThis!Share to TwitterShare to FacebookShare to Pinterest
Labels: GZA