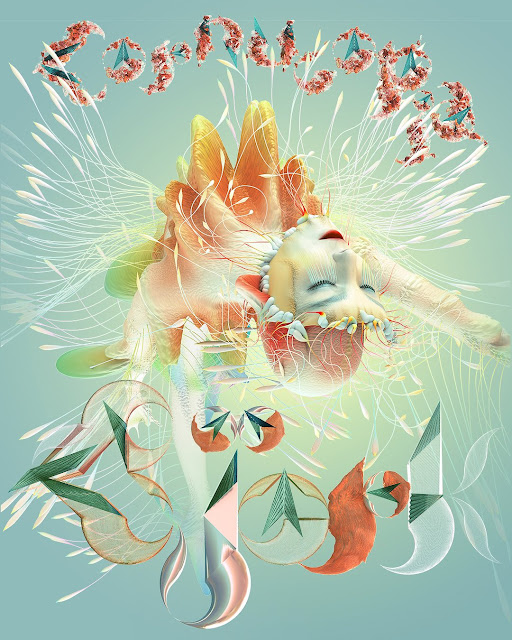 Björk's "Cornucopia" is an incendiary concert experience that aims to bring art to the lavish and hollow Hudson Yards. She not only succeeds in her quest to conquer the new neighborhood, but delivers a performance ready to take the crown for one of the best performances the city has ever seen.


After years of build-up, the massive Hudson Yards neighborhood finally welcomed its first guests this past spring. At the center of the shards of glass and steel sits what comes across as an inflated barn-like structure known as the Shed, a building some have claimed will be a future Lincoln Center or Brooklyn Academy of Music in terms of programing and artistic caliber. In December of 2018, Björk announced that "this winter i will prepare my most elaborate stage concert yet, where the acoustic and digital will shake hands, encouraged by a bespoke team of collaborators" as part of The Shed's opening season. Unlike the buildings of tomorrow that surround the venue, the inside of The Shed felt a bit like a let down. Once you move past the lavish cocktail bar and pop-up bookstore, the auditorium itself felt rather unfinished. The seats are on rollout bleachers that felt like a gymnasium setting and not a state-of-the-art theater and walking throughout the venue was loud and at times a distraction to the marvel happening on stage. Running through the month of May, "Cornucopia" is a concert experience that could come from no other artist and was a spectacle of the highest degree. Joined onstage by the Hamrahlid Choir (a 50 member choir from Iceland), an all-female flute septet (Viibra), and a cocoon-esque echo chamber from which she would occasionally enter and sing, traditional instrumentation was off the table from the beginning and allowed Björk to push boundaries like only she can to create something so incredible that it was at times difficult to fully comprehend. The setlist stuck mostly to 2017's great Utopia and that truly set the theme for the night: nature and technology coming together through music. Screens made of threads provided a curtain that wove through the set (platforms of different levels that had fleshy undertones) for which mesmerizing images could be shown throughout the performance. At one moment, a wormhole made of sticks engulfed the screen and took the audience on a trip for a brief moment of sensory overload. Of course her stage presence and voice only magnified the night, her vocals are still incredible, and she pushed herself to the limits to make sure we knew she was still worthy of her crown, and with a custom Balmain dress, there was no question that this was something special even for the Queen of innovation. Between the wealth of new material, she did throw in some classics such as "Venus as a Boy" and "Isobel," the later of which was accompanied by the flute septet and featured them dipping into some great choreography as the melody drifted into the cavernous hall. Perhaps the most spellbinding moment of the night came when the Hamrahlid Choir took over half the stage and joined Björk for a phenomenal acapella version of "Hidden Place" off her record Vespertine. For a show built on eccentric and interstellar levels of invention, this was a brief moment of true human qualities that brought us all back down to Earth for just a moment before returning to the cosmos. About halfway through the set, a giant circular flute descended towards a small catwalk from center stage and enclosed the singer as four flautists began to play the connected ring while, simultaneously, two pipe organs lowered from the ceiling over the lower left-side of the auditorium and snow fell along the lip of the stage for a powerful rendition of "Body Memory." Between the main set and the encore, a video of Swedish activist Greta Thurnburg played over the stage demanding action to prevent climate change and again highlighting the themes of the night. "Cornucopia" is one for the ages and a true experience that audiences will remember for a long-time to come and that is entirely due to the performer and legend herself and not at all to do with the space or the revelation that this is the opening season to one of the city's new players in artistic exhibitions. What Björk has done here is showcase her talents as not only a performer, but a true visionary and artists, one that can outshine the sparkle of the city's newest gem.