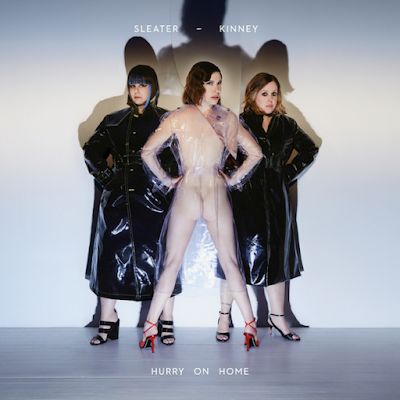 The almighty Sleater-Kinney are back! Following 2015's excellent reunion record No Cities To Love, the iconic trio are back with a new album produced by none other than St. Vincent. Today, the band shared the first single, "Hurry On Home."

It's been a few years since we last heard from the punk greats, but Sleater-Kinney are back in action and with a new updated sound. “I think for [guitarist/vocalist] Carrie [Brownstein] and [guitarist/vocalist] Corin [Tucker] it was liberating to explore a different sound palette,” drummer Janet Weiss said in a press release. Brownstein added, “Instead of just going into the studio to document what we’d done, we were going in to explore and to find the essence of something. To dig in deeper.” Gone are some of the more straight-forward rock tendencies of their past, but the Annie Clark influences shine bright and give the group an upgraded flair to their distinguished sound. It's a nice change of pace from these queens and the start of another great chapter in their career.