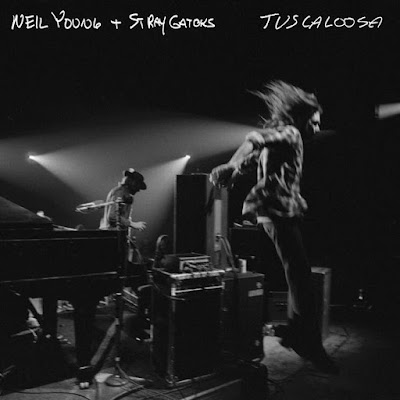 Living legend, and my personal musical hero Neil Young, has announced another live album from his incredible archive series. Tuscaloosa, recorded in 1973, is out June 7.

Neil Young is my all-time favorite singer and this summer, he'll continue his amazing streak of releasing archived live shows from throughout his career with Tuscaloosa, recorded in 1973 with his backing band The Stray Gators. The show features songs from Harvest as well as Time Fades Away, which was recorded on the same tour, at the height of his creative peak. Last year, I wrote about the music that defined my life and highlighted "Don't Be Denied" from his live album Time Fades Away. You can re-read that below and listen to the version that will be featured on the album.

"About a year ago, however, my boss played me “Don’t Be Denied” from Time Fades Away and a little part of me seemed to change. It was a song I’d heard numerous times before, and I’d already owned the vinyl for about a year. Still, something hit me that day and it was as if I truly heard that song for the first time. It’s a moment I’ll never forget. We were setting up a meeting, talking about music and how we were digging through the archives that Neil had just put online. My boss played "Don't Be Denied" and turned the volume up so it echoed throughout the room. It hit me. I’ve listened to that song at least once a week (but probably closer to 3 or 4 times) ever since that day. Now, I include it amongst my favorites and still pine over every lyric and still find new joy and excitement with every listen."