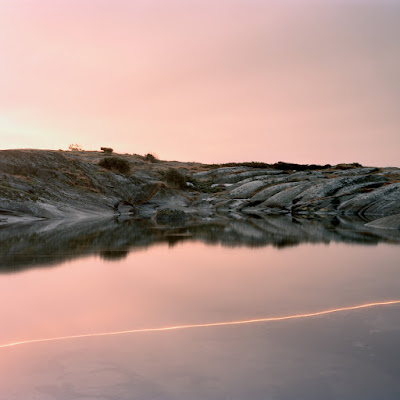 Cassandra Jenkins will follow-up her brilliant album An Overview on Phenomenal Nature with a companion release later this month. You can hear the new song "American Spirits" now.
Lush, tranquil vibes are the aesthetic at the heart of Cassandra Jenkins' music and it feels crystal clear on her new song, "American Spirits." Humming synths start the track until an ultra-glow of reverb fills the room. This is deep, powerful track that is overcome with emotion. Jenkins' voice is lower in the mix here and the audio does most of the work on this one. It's another song that seems to come straight from the mystics and cosmos, like so many of her other songs, and provides another sensational glimpse into her pure, honest, and often heartbreaking work. Gorgeous piano work floods the track as soft guitar strokes add a delicate undercurrent. Slowly, brushes on a snare give even more textured nuance to the song's already luminous glow. The track culminates with a voice recording that inspired the track and it's an eerie message from a friend who spent the night in jail. Jenkins has exemplified the idea of presenting vulnerability in music and we're lucky to be able to experience the work of an artist who is so open and honest. It's not an easy message to share, but Cassandra does it with extreme poise.
"I woke up one morning with a voicemail from an unknown number while I was on tour in 2018. The area code was from the Texas border, and I had a sinking feeling my friend had gotten arrested on his way to come see us play in Joshua Tree. I'm fortunate to be close to someone who can speak so candidly about their incarceration and how the prison system has continuously affected their life. When we spoke recently about the voicemail in this recording, I asked him what he was feeling in that moment. He said, 'I was really scared. So I called you, and I called a lawyer.'

I cherished this voicemail for years because, even in that difficult moment, I could hear a tenderness in his voice as he confessed, as well as avoided, reporting that he had spent the night in jail. What resulted is the poetic ambiguity that can arise from the struggle of searching for the words to tell someone we love exactly what has happened."

(An Overview On) An Overview On Phenomenal Nature is out November 19 on Ba Da Bing Records.
Posted by marc at 6:30 PM