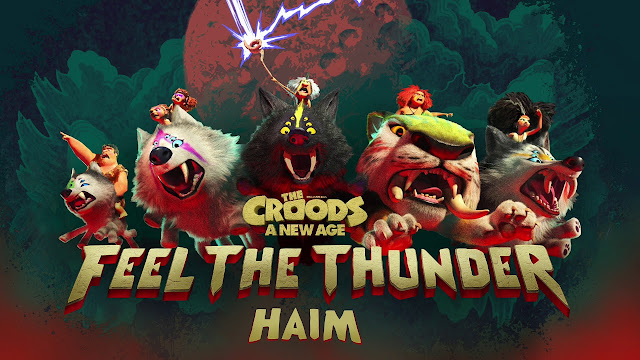 The Haim sisters are back! After releasing their excellent third album this summer, the band is back with another new track which will be on the soundtrack to the movie The Croods: A New Age.

Well, this isn't what you're probably expecting from a new Haim song, but the sisters have shared their latest track and it's a rocking, riff-heavy banger that is inspired by none other than... Guns N Roses. Written specifically for the children's film, it was an experience that allowed the band to work outside of their norms and write something totally different. Teaming up once again with Ariel Rechtshaid (who is the biggest GNR fan according to Danielle Haim), the group explored new creative visions for this one and created something beyond their fan's wildest dreams. This sounds unlike anything they've done before and it's great to see them stretch their muscles and lean more into their metal side. According to Rolling Stone, the band worked with the movie's composer and former Devo frontman Mark Mothersaugh, who says, “I thought it was cool how these young women are in this cool part of their trajectory right now. I look at them and think about what a great time Devo had when we were where they are right now. They’re very talented ladies who are very fun to work with.”