Resistance Revival Chorus - "All You Fascists Bound to Lose" 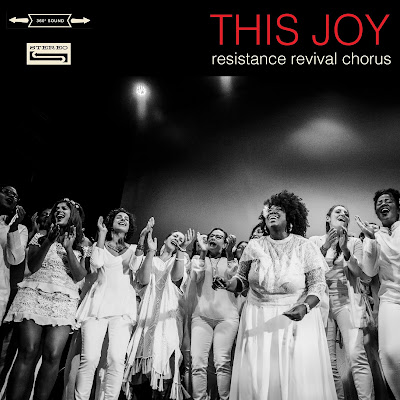 Formed after the 2016 US Presidential Election, Resistance Revival Chorus is set to release their debut album This Joy on October 16 via Righteous Babe Records. Today, they've shared a cover of Woody Guthrie's timeless classic "All You Fascists Bound To Lose."
On their debut record, the Resistance Revival Chorus gathers together important protest and labor movement songs from history and use their collective voices to bring joy to their resistance. Their latest is a cover of Woody Guthrie's all too important anthem that feels as relevant now as ever before. "Written in the midst of World War II, the lyrics were a response to the horrors of Nazi Germany abroad and to Jim Crow and centuries of racial terror being waged against Black Americans at home," they write. "Today, the power of Guthrie's rallying cry is as potent as ever. We offer up his words of resistance and unity as a clarion call to stare down the descendants of that same hatred that now upholds police brutality, places children in cages, and supports Nazi sympathizers. November 3 is just around the corner. Let's do what's within our power to VOTE THE FASCISTS OUT!"
Posted by marc at 6:26 PM