Neil Young - "Come Along and Say You Will" 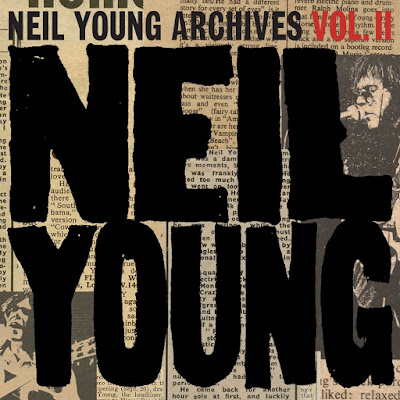 After years of rumors, Neil Young's elaborate archives series will finally see the release of Archives Volume II 1972-1976 in November. "Come Along and Say You Will" is the first unreleased track he's shared from the collection.

Archives Volume II will include ten albums spanning from 1972-1976, five of which have never been released. The others cover his self-loathed but fanatically loved Ditch Trilogy, the recently released Homegrown, and other live albums from his ongoing archive project. The first "new" song from the collection is "Come Along and Say You Will" which is billed as a Neil Young and the Stray Gators track and come from the disc Everybody's Alone (1972-1973). It's a rocking country number that feels warm and welcoming after being baked in some California sun. It sounds like classic Neil, written during the zenith of his career. When he finally let the world hear Homegrown back in June, I said to myself "it's hard to imagine just how he kept this in the vaults for so long and how many other treasures just like it still exist, waiting to one day be released." The track listing for Archives Volume II suggests we're about to be wonderfully surprised.