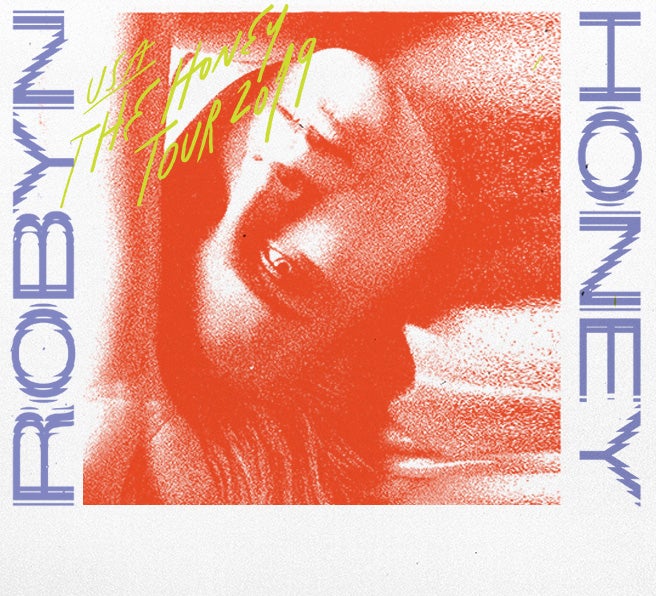 Robyn is still touring in support of last year's incredible Honey. Amidst a massive heatwave rocking the east coast, she brought her disco-pop treasures to Brooklyn for a night of pure bliss.

The stage was draped in flowing white fabrics with crystal-esque formations popping out of the stage and as the arena went dark, the band walked out to their sparkling, translucent instruments and slowly built-up the anticipation as "Send to Robin Immediately" began to play out from the speakers. Finally, Robyn herself appeared center stage and the crowd released a collective scream. As she walked towards the microphone she dropped into last year's single "Honey" which got the crowd pumped-up as the main set was an unbelievable placement of some of her biggest hits. Barclays felt like a club as the bass pulsated and her disco-pop hits filled the room and it was amazing to watch a sea of people dance with such passion. Early into the night she dropped "Hang With Me" and the building went nuts. Massive sing-a-longs erupted throughout as everyone collectively felt the emotions of the song and released their built-up energy from a long, hot week. "Beach2k20" and "Ever Again" continued the hot streak and ushered in a long segment of the show which saw Robyn breakout into some serious dance moves, choreographed brilliantly with a dance partner that totally transformed the mood of the show. The middle segment felt a bit long, but watching Robyn crawl and writhe around on the floor was pretty great and her energy level went to new heights. She ended her main set with one of the most amazing medleys I've ever seen. As the techno breakdowns subsided, the intro to "Dancing on My Own" slowly began to rumble throughout the arena and when the song hit, the crowd went into a collective frenzy. As the song began, Robyn cut the music and house lights illuminated the building as they took over the vocal duties and sand the entire chorus a cappella as Robyn looked on, her hands covering her mouth as tears of joy streamed down her face. As the song climaxed, it transitioned into "Missing U" and party continued. A sister-like song to the previous number, it kept the mood and energy at an all-time high as she then moved into "Call Your Girlfriend" which brought the house down. It was an incredible moment of the show and an experience most won't forget. Her biggest hits played with astonishing transitions, it didn't even matter that there were seats because not a single person was sitting as the crowd moved in unison, jumping and dancing like nothing else in the world mattered. For a brief moment, oppressive heat and the long work week felt meaningless and the power of music, particularly these disco smashes, triumphed. Her encores never quite captured that moment and unfortunately it probably would've been best to end the night there, but she kept the dancing going for five more tracks and help extend the night just a little bit longer, even if the energy and vibes began to fall. Still, for the moments when everything clicked, it was pure magic.

Email ThisBlogThis!Share to TwitterShare to FacebookShare to Pinterest
Labels: Robyn