The Music of My Life 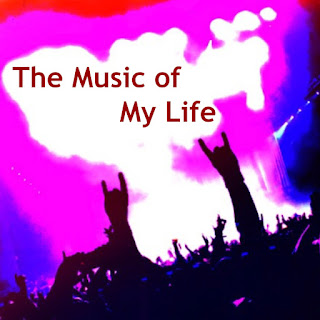 Yesterday, I shared my favorite albums from every year of my life. Today, I go a bit more in depth on the records and songs that shaped my musical taste and changed my life for the better all in five year increments. 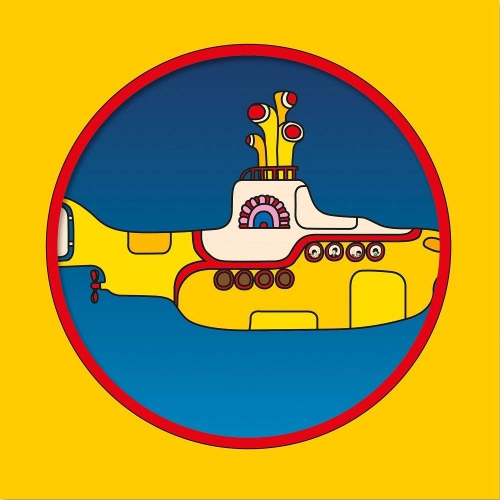 The earliest musical memories I have are those of my dad singing me Beatles songs when I was a young child. I remember watching Help and A Hard Day’s Night on VHS and the Revolver cassette tape in his car. For some reason, Ringo called to me and “Yellow Submarine” became my first ever favorite song. (In 1996, Ringo also became my first concert experience.) I’d sing it constantly around my house, enamored by its animated narrative and the way the Beatles incorporated submarine sounds into the actual song. I didn’t see the film until years later, but the images I made up in my head floated around for decades and the simple, innocent nature of the song still brings me unparalleled joy. I don’t recall the first time I ever heard this song or even if it was the first Beatles song I knew, but it was without question the one that I loved the most. The Beatles would go on to become my favorite band and I’ve spent an absurd amount of my life learning and obsessing over their every recording, but this was the spark that not only kicked off that obsession, but my passion for music in general.

I was lucky that my dad played Nirvana, Pearl Jam, Green Day, Stone Temple Pilots, and Soundgarden in the car while I was growing up and really latched on to the grunge and punk angst that came powering out of the car speakers. I vividly remember Kurt Cobain dying a few years prior and seeing the episode of Unplugged on MTV and my parents trying to explain to me the concept of death and how he had left behind a daughter. Fittingly, it was that record that I used as a coping mechanism and would listen to it on repeat in my bedroom at the end of high school when my parents got divorced. Nirvana was the band that really struck a chord with me (shocking, I know) and Nevermind became one of my first ever favorite records. It makes me sad to think now about how time has been so cruel to my grunge heroes (Kurt, Chris Cornell, Scott Weiland, Shannon Moon, Lane Staley) and I often wonder their troubled lyrics never showcased more warning signs. I’m lucky that my dad was pretty hip and didn’t care enough to shy me away from hearing such intense music as a kid. Of course, “Smells Like Teen Spirit” was the song, even though it was the cover to In Utero which I still remember so distinctly, but I also remember being haunted by his lyric “When I swear that I don’t have a gun.” It was an early gateway to so much great music and an early introduction to a band that would continuously play a part in my life. I don’t think I owned my own copy of the record until years later, but I’ll never forget driving around with my dad and feeling so cool for listening to these songs despite having no idea what they were actually singing about or how the impact and influence would shape me for years to come. Right around the end of middle school, the garage rock revival began to crash into my life. The Strokes’ Is This It and the White Stripes’ White Blood Cells both came out in 2001 and uprooted my life and the way I listened to music. I had spent the past few years delving into emo and ska, but when I first heard the White Stripes’ “Fell in Love with a Girl” and the Strokes’ “Last Nite,” I felt my life change forever. I remember the Strokes, the White Stripes, the Hives, and the Vines reviving rock and roll and subsequently New York City re-emerging as the place to be and the place I needed to live as soon as possible. This was also the same time that Lollapalooza resurfaced and saw a reunited Jane’s Addiction, Audioslave, and Incubus try to takeover the mainstream and exposed me to the idea of the modern festival. However, it was Elephant that really grabbed hold of me and it was the first time I can remember truly anticipating a new record to be released so much so that I made my mom buy it for me the day it came out on her way home from work just so I could listen to it on the way to school the next day. It was also the first time I bought a new record on vinyl as my record collection at that point was comprised of my parents’ old albums and used copies I’d pick up on select trips into Boston with my dad. I remember reading the five-star review in Rolling Stone (an instant classic rating) and immediately falling in love. While Is This It may be the record that I say truly changed my life, Elephant has secured a place for me that is so special I can't ever forget the passion it stirred inside of me. To this day, I still believe this is a perfect record and possibly Jack White’s defining statement. I spent a semester in London just before I turned 20 and spent that spring traveling around Europe with a friend from high school. Bon Iver’s For Emma, Forever Ago had come out the previous winter, but it wasn’t until the spring when I first heard the album and fell hard for “Skinny Love.” I still can’t listen to that album without thinking of trains trekking across that continent or sharing hostel rooms with my best friend as we sat across an ocean from our childhood homes. I was also lucky enough to catch Bon Iver on tour that spring as he came to London in my final week of the semester and played a brilliant show inside a tiny church. Now, he’s a superstar with his own festival and has played sold-out shows across the world, but for that moment, he was someone on the rise and I’ll never forget when he made a baseball reference to a crowd of Brits and called me out for being the only person to get the joke. His sound has changed so much since those days, but the record still stands as one that was so significant for such a vital time in my life when so much was changing and so much was uncertain. 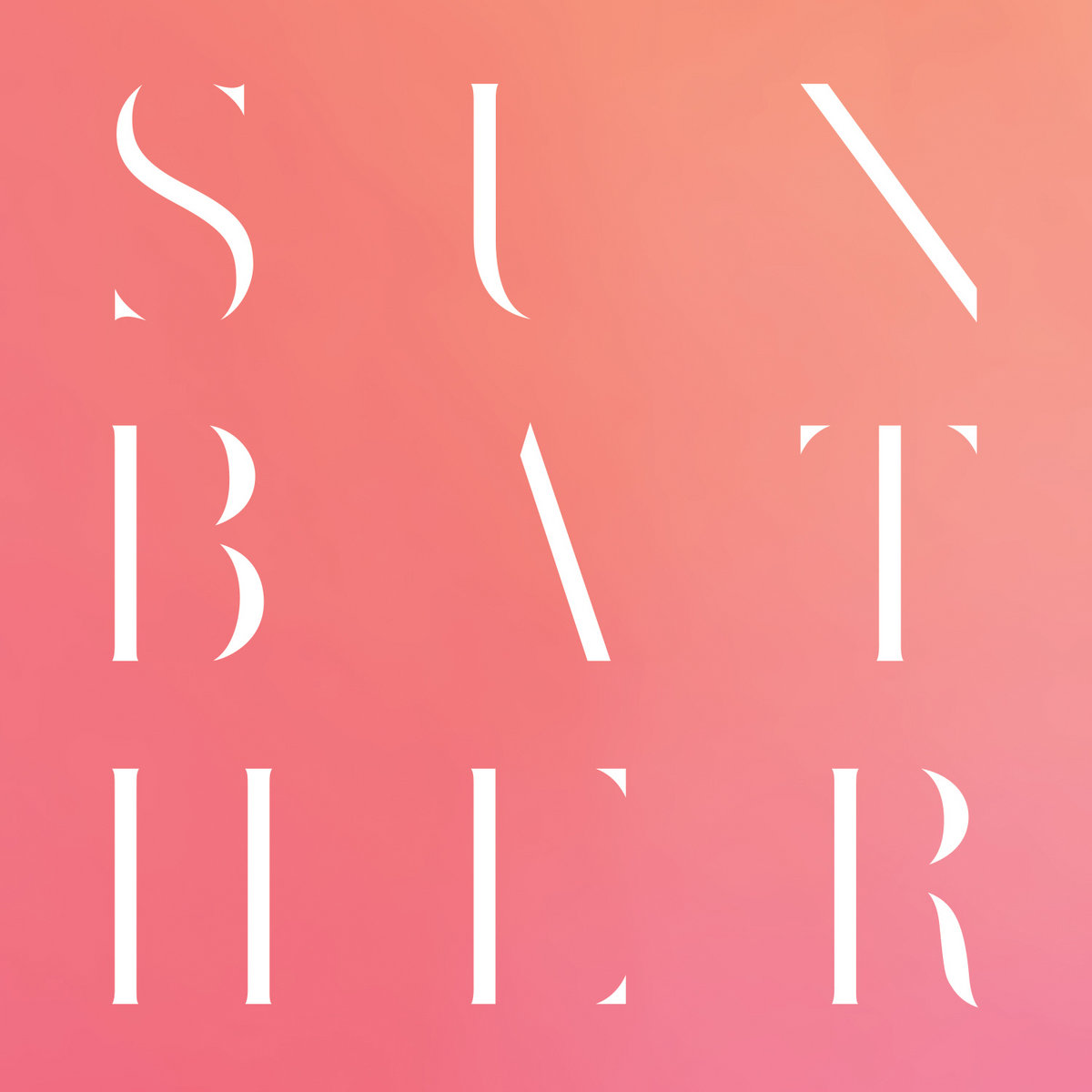 By now, I’ve written a great amount about one of my favorite bands of the moment, but Deafheaven’s breakthrough record Sunbather still seems so fresh and packed full of emotions that I find myself going back and listening to it quite often. My friends regularly make fun of me for how much I love and talk about this band to the point that my roommate so kindly stayed out late recently on the night they dropped their new record so I could listen to it in solitude (thanks Zach!). Metal was never my forte and I still feel like a novice when approaching the genre, but Sunbather changed everything for me and how I embrace extreme music. Punk and hardcore had been a part of my musical library since high school, but metal seemed a bit out of reach. All of that changed when I heard the opening riffs of “Dream House” and I was instantly pulled in by the gravity of the record. From its bright pink cover to its lush guitar work, it felt like the most approachable metal record I’d ever heard and its powerful grip still has a strong hold on my ears. Its blend of shoegaze and post-rock helped ease me into the scathing vocals that blast below the earth shaking drums and wall of sound guitar work. Like the opening drum hits of My Bloody Valentine’s “Only Shallow,” the first few guitar strums trigger up such euphoria, that I can’t help but smile from ear to ear as I think of the beauty that will soon unfold. I can’t think of an album that has changed my life in such a way since this one and I still find total comfort in joy each and every time I hit play.

The past year, my love for Neil Young has intensified to an unbelievable degree. I’ve been a fan since high school, but it took a long time for me to get past his astounding number of hits and focus in on the diamonds in the weeds. Albums like Harvest and After the Goldrush were staples for so long, and in college I began to dive into albums like Everybody Knows This is Nowhere and his live recordings of Live Rust and Rust Never Sleeps. So many others had their Bob Dylan or David Bowie phases in high school or college (don’t get me wrong, I did too), but I became an adamant fan of Neil and his legacy and impact on grunge, noise, country, and hard rock. In the past few years, I began to hunt for his records and now own all of his solo material (and Crazy Horse records) from 1969-1989 on vinyl. About a year ago, however, my boss played me “Don’t Be Denied” from Time Fades Away and a little part of me seemed to change. It was a song I’d heard numerous times before, and I’d already owned the vinyl for about a year. Still, something hit me that day and it was as if I truly heard that song for the first time. It’s a moment I’ll never forget. We were setting up a meeting, talking about music and how we were digging through the archives that Neil had just put online. My boss played "Don't Be Denied" and turned the volume up so it echoed throughout the room. It hit me. I’ve listened to that song at least once a week (but probably closer to 3 or 4 times) ever since that day. Now, I include it amongst my favorites and still pine over every lyric and still find new joy and excitement with every listen.
Posted by marc at 8:39 AM