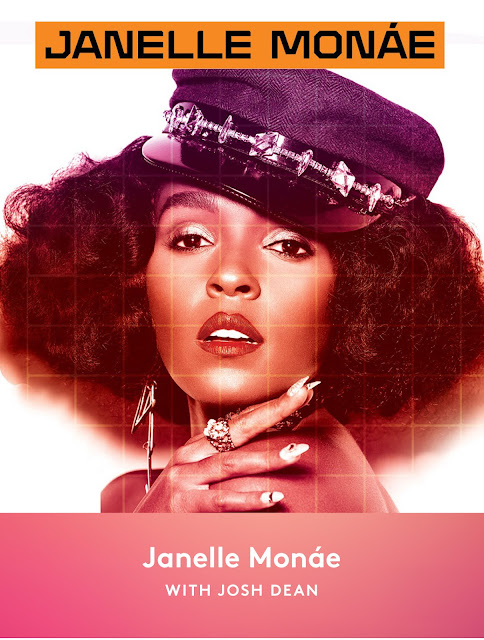 
In the world of Hip-Hop, it's very uncommon to find someone with the skills of Janelle Monáe. There aren't many who classify themselves as both a rapper AND a singer and even fewer can add dancer and movie star to their resume as well. Janelle not only checks all of those boxes, but she does it all under the radar. While Lauryn Hill was notably famous for her talents as both a rapper and a singer, she never really had the reputation of an all-star performer. The Knowles sisters can come close, but they can't add the Hollywood phase to their C.V. (at least not yet) and while Lizzo has recently shared her opinions on the matter (yes, she can both rap and sing as well), she's still a bit early on in her career to check the other boxes. Janelle Monáe not only does all of the above, but she does it with what feels like ease. On stage, she was a gigantic smile as she leads her dancers through killer costume changes all while keeping the momentum of her show on a constant high. She engages the crowd in epic sing-a-longs, invokes the style, grace, and moves of Janet Jackson (the woman she inducted into the Rock and Roll Hall of Fame earlier this year), but still makes everything feel totally fresh and unique. No one else out there is taking these kinds of risks (she brought out her own turntable towards the end of the show and DJ'd hits by OutKast, Prince, and spun her girl Lizzo's number one song in the world) and still somehow not playing the biggest venues in the city. She also makes sure she uses her platform to spread her message and is incredibly vocal about spreading love at her shows where everyone, people of color, women, transpeople, working class folk, and people who just feel different, are all welcome and equals. She also knows how to play the hits. "Pynk" and "Make Me Feel" (where she played guitar BTW) were stellar numbers that brought the house down and she segued the gorgeous "Primetime" into the guitar solo from "Purple Rain" which allowed her band to also have a moment and shine. Recalling all of that, it's pretty shocking that she's not the top name on festival posters or headlining the biggest venues in the city because not only does her talent speak for itself, but when you total up all of her extraordinary bag of tricks, she's without question one of the best performers in the game and everyone needs to start paying more attention.