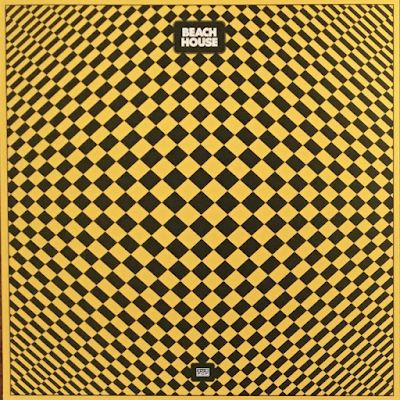 Next week, Beach House will release their great new album, 7. With just about a week to go, the band have shared another excellent track from the record.

My love for this band knows no end as is apparent for anyone who reads this blog regularly (I'm unsure if that audience actually exists). Since I started posting my album of the year lists back in 2008, they've never failed to make my top ten. Now, with their seventh album quickly approaching, I can't imagine the streak ending. "Black Car" is one of the moodiest tracks the band has recorded in quite some time, but it still finds the band touching on all of their trademark sounds. Synths glisten, Victoria's voice haunts, atmosphere builds, and the ticking drums lock everything firmly into place. It still sounds fresh, a new terrain for them to explore, but perfectly within their realm. They're a band that is still growing, shifting their sound into new cosmic and sonic territory, yet still able to capture the magic that has made them so special for so long. With 7, we see them taking expected risks and reaping the glory. The contender for album of the year is out next week!

They will ensure that everything is well inventoried and documented before it is packed and they will verify this information upon arriving and unpacking at your destination.

Excellent website! I adore how it is easy on my eyes it is. I am questioning how I might be notified whenever a new post has been made. Looking for more new updates. Have a great day! termite inspection san antonio