Madlib and Four Tet - "Road of The Lonely Ones" 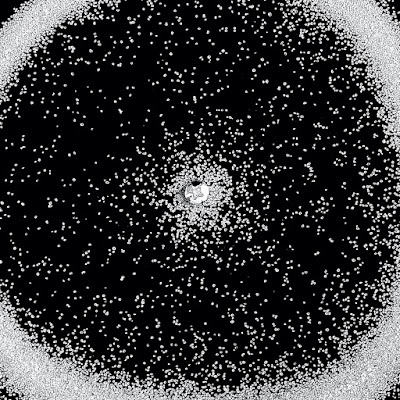 Madlib is no stranger to collaborations. For his latest output, he's teamed up with IDM icon Four Tet for a new record called Sound Ancestors which will see a release in January 2021.
Sharp snares pop off between vinyl crackles and a dusty, soulful sample with some hazy psychedelic guitars. That's our intro to a long brewing project between the illustrious beat makers and it's provides a wonderful glow of warmth and promise. The collab has been years in the making and in a post on Instagram, Four Tet said:
“He is always making loads of music in all sorts of styles and I was listening to some of his new beats and studio sessions when I had the idea that it would be great to hear some of these ideas made into a Madlib solo album. Not made into beats for vocalists to use but instead arranged into tracks that could all flow together in an album designed to be listened to start to finish. I put this concept to him when we were hanging out eating some nice food one day and we decided to work on this together with him sending me tracks, loops, ideas and experiments that I would arrange, edit, manipulate and combine. I was sent hundreds of pieces of music over a couple of years stretch and during that time I put together this album with all the parts that fitted with my vision.”
Earlier this year, Four Tet released his new record Sixteen Oceans, handled some remixes, and released another collab with his buddies Thom Yorke and Burial. Meanwhile, Madlib made the beat for NoName's incredible "Song 33."
Posted by marc at 6:20 PM