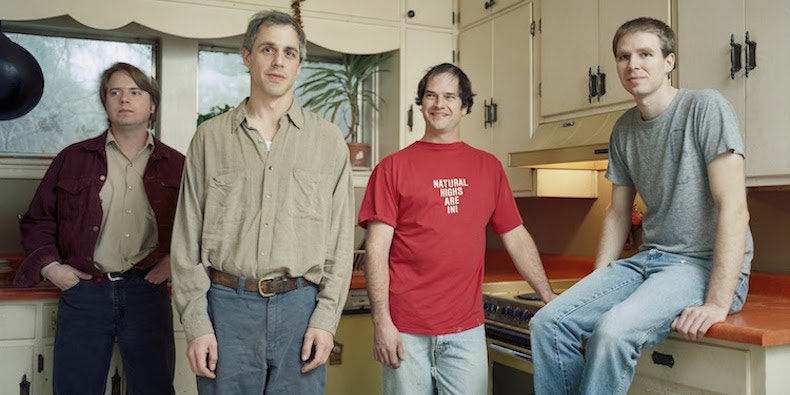 The Glands have announced a long-awaited third record. Double Coda is the band's first album in eighteen years and will be issued along with a career-spanning box set.


Billed by NPR as "The Greatest Band You've Never Heard Of," Athens, Georgia's The Glands released two records before an extended hiatus in the new millennium. After lead singer Ross Shapiro passed away in2016, it seemed as if the long rumored third album may never see the light of day, but this week the group announced Double Coda and it's out on November 9. In addition to the album announcement, the band also shared two new tracks, "So High" and "Electricity." The second track is a fuzzed-out track that highlights the band's greatness and begs the question of how they remained under the radar while so many of their peers rose in popularity. Fitting in with stalwarts like Yo La Tengo (I actually saw The Glands play at Mercury Lounge with Yo La Tengo alter ego Condo Fucks back in 2011), Pavement, and Athen's legends R.E.M., The Glands are the kind of band you'd expect to hear while digging through crates at your favorite record store or reading through the liner notes on releases by your other favorite bands. Hopefully, with this record and the subsequent box-set, the band will finally see the recognition they deserve.

Email ThisBlogThis!Share to TwitterShare to FacebookShare to Pinterest
Labels: The Glands