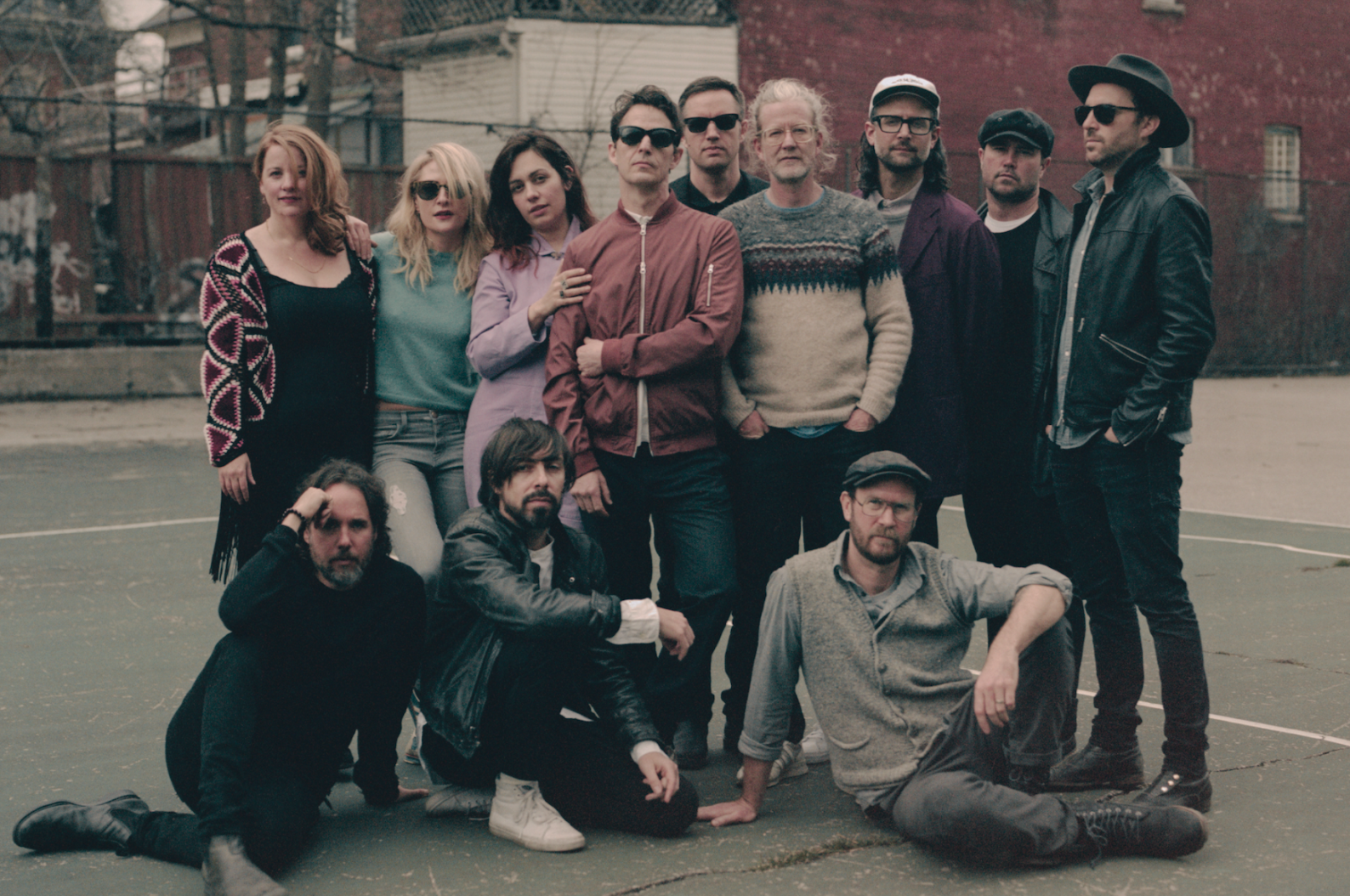 
"It's the heat vs guitars today, y'all. Let's go!" shouted Kevin Drew as he lead his supergroup through a charged up and sweaty set. "We always seem to play New York on the hottest day of the year and it's probably because we're from Canada." As temperatures soared, the collective showed little signs of slowing down or giving in to the heat and represented their country well by showcasing hits from across their incredible discography. For day that felt like it was inches from the sun, Broken Social Scene's post-rock anthems helped transform the afternoon into a day of energy and extreme joy. For nearly two decades, the mega-band of constantly shifting members have become iconic leaders of indie rock, taking stride in their instrumental epics and their emotionally driven ballads. Under a burning sun, the band poured everything they had into hits like "Cause = Time" and "Superconnected." The only moment that felt a bit surrendered was (unfortunately) the new track "Hug of Thunder" which felt a bit underwhelming and needed a vocal boost to really help bring the track up to its full potential. "We told you it was going to be emotional, but it's also a party so we're gonna just rock for the rest of the show!" From there on out, the group gave every last remaining bit of energy they had to give and revved up the crowd with a phenomenal rendition of "7/4 (Shoreline)" directly into "Almost Crimes" which felt euphoric and revitalizing, giving a second life to those who had nearly given in to the brutal conditions of the day. After what they thought was their last song, a stage hand yelled out that the band still had fifteen minutes left in their set. "Ok, we're gonna play an oldie. Do you wanna hear 'Anthem' or 'Lover's Spit'? Ok, we'll do both." It was an incredible way to finish the evening and saw the crowd at their most ecstatic moment. The slow build of "Anthems of a Seventeen Year-Old Girl" was met with a beautiful response from the crowd and "Lover's Spit" was the perfect send-off as the sun began to make its way below the tree line. Broken Social Scene have spent the better part of twenty years taking bits and pieces of various genres and combined them into a style of indie music that feels distinctly their own and yet familiar all at once. They're a supergroup that knows how to bring out the best in each other and really let their talents balance their work. Time after time, their songs still recall moments of joy and positivity and we're lucky to have them making such beautiful music to share with the rest of us.