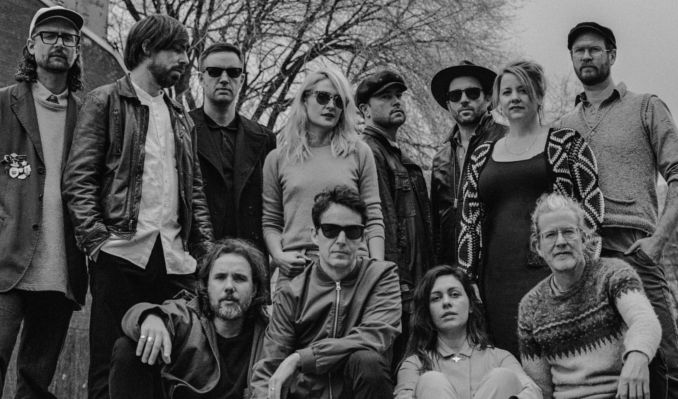 Like many other indie all stars from the start of the millennium, Broken Social Scene returned in 2017 with a comeback record aimed to remind so many as why they were just so great almost two decades ago. Unlike some of their peers, they delivered with not just a great new record in their repertoire, but perhaps one of their strongest to date. Watching the group collect onstage and pour their hearts and souls into so many classic tracks was one of the most uplifting moments in live music I've seen all year (and I've seen quite a few). Over their many albums, Broken Social Scene have dabbled with moves in post-rock and classic early aught indie anthems and hearing so many of these songs again was a truly beautiful and incredible experience. Iconic tracks like "7/4 (Shoreline)," "Fire Eye'd Boy," and "Stars and Sons" were cathartic moments and reassured that the band hasn't lost that special touch of making mesmerizing, tranquil, and comforting soundtracks to every day life. Maybe it was the fact that the night coincided with the twelve year anniversary of their self-titled record, but it certainly felt like a magical evening. Watching the massive gang onstage together was witnessing pure joy as they all looked to be having the time of their lives. Playing music together with old friends and sparking memories for those in the crowd who would reminisce about when they heard these songs long ago and how they still trigger such fondness for the past. While the old numbers were the sweet spots of the night, the new ones only added momentum to an already emotional evening and proved that the band still has something to say and that their music can become instantly classic. "Hug of Thunder" was a moving moment of slow-burning bliss and when they dedicated "Skyline" to Tom Petty, a collective swoon swept over the crowd. "World Sick" from the underrated Forgiveness Rock Record was stellar and as they moved towards the end of the set, they somehow continued to raise expectations and set the bar higher with each song. They ended the main set with an unbelievable rendition of "It's All Gonna Break" before reminding the crowd that they're "not a band, but a family" and that these are tough times where we're losing people and trying to make sense of the world, but this [live music] is what it's all about and that we're all in this together. It was a therapeutic moment, but a solid reminder of just how powerful the bond of music can be and how it can bring people together for peace and positivity. To close out the night, Kevin Drew got into the crowd and delivered "Lover's Spit" to unabashed applause that was somehow topped by the always timeless "Anthems for a Seventeen Year-Old Girl" which saw an unreal three-part harmony and some ultimate swagger that encapsulated the whole night within a single moment. In a week where a lot has seemed hopeless, Broken Social Scene conjured up some magic to remind us that there is still something in life worth celebrating and we're all in this together.