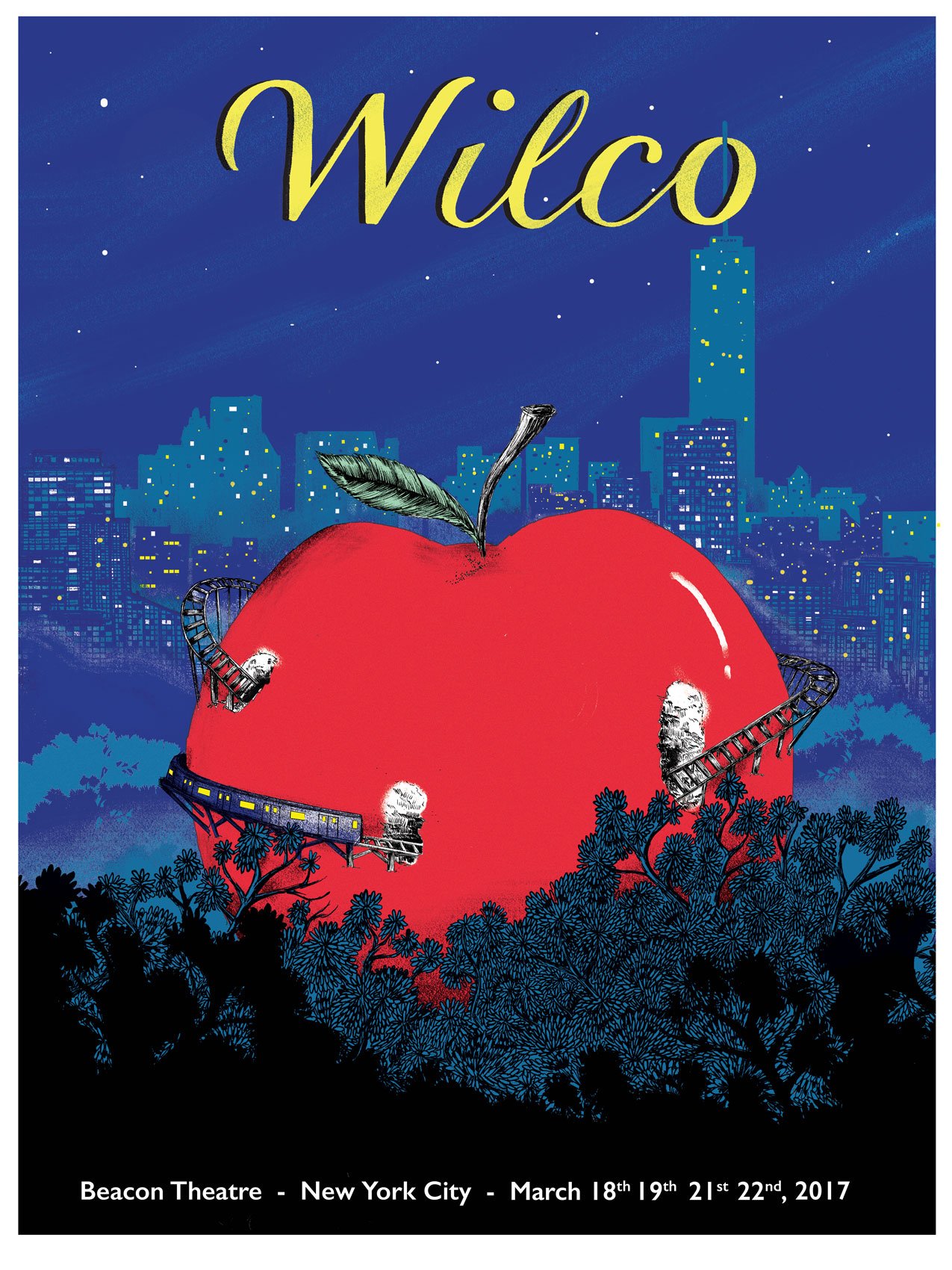 For three decades, Wilco have helped shape and refine alt-country while setting forth a new standard of indie rock. Over the course ten studio albums, the band has built up a repertoire that's never really dipped below their comfort zone or standard operating procedures, but in some cases has resulted in one of the best records of the previous decade. In other words, a mediocre Wilco album would actually be a crowning achievement for a lot of others. With a catalog so vast, the band still played a hits packed set spanning their entire career delivering classic after classic. Set underneath a canopy of hand-painted trees and a beaming sky, the band unfurled their plethora of tunes that kept the Beacon on their feet all night long. Jeff Tweedy was in great form and kept a steady banter with the crowd for the length of the evening. "Is that a Make Wilco Great Again hat? Ok, phew" he called out as a fan waved a hat in his direction. His witty charm striking through his sharp and at times intense lyrics. While the focus of the band has and forever will be Tweedy, let's not forget that Nels Cline is also a true force and even more astounding on stage than he is on record. His wild guitar work during the explosive, and rather electronic, "Art of Almost" was impressive but just a hint as to what he had in store for "Impossible Germany" in which his guitar burst into sonic oblivion as he unleashed a mind blowing solo that left the crowd reeling. It was a raucous and joyous evening full of high energy and positive spirits. "This song is about the good old days. You guys can't even remember the good old days? It was only, like, 70 days ago!" yelled Tweedy before launching into "Heavy Metal Drummer." Another fan favorite that ignited the crowd. Track after track, the band continued on and displayed such poise again reminding the audience just what a high caliber band they've always been and continue to be so deep into their career. At times, it can be all to easy to chalk up the band as an early-phase classic rock band and keep the dad-jokes running constantly. "We put out a record last September called Schmilco. Say it like you don't mean it." Even Tweedy himself seems to be in on the joke these days, but there is no doubt that the band can still perform with raw passion and integrity. As the band powered through an epic "Monday" during the encore, Tweedy let out some wicked howls and really embraced the moment. To have a band as reliable as Wilco still putting out satisfactory material as well as have the willingness to embrace and own their past work feels to good to be true, but they prove time and time again that they still have more to say and can make their classics feel as fresh and mesmerizing today as the first time they came out of your speakers.