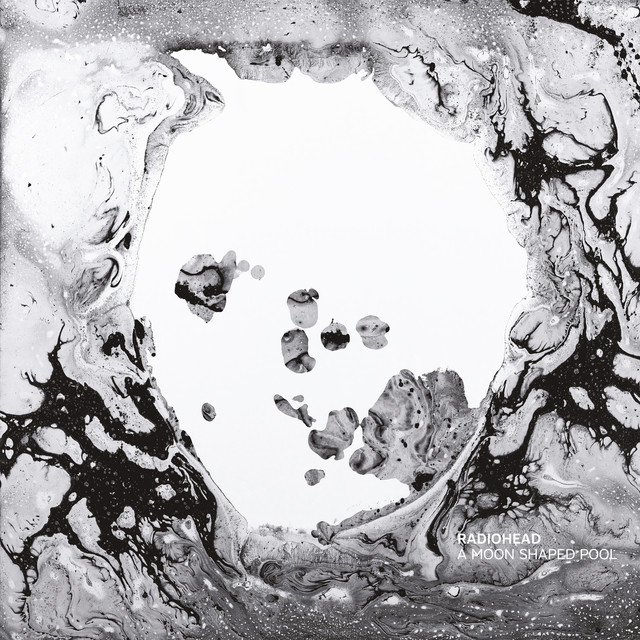 Radiohead released their great new album A Moon Shaped Pool this past spring and dropped by New York City as part of a very limited U.S. tour.

They began the night by running through the first five tracks off the new album in sequential order. "Burn the Witch" sounded a little sparse without the full strings backing the band, but fans were already eagerly chanting along to the lyrics. "Daydreaming" picked things up with a richer sound and the rest of the new tracks eased into place as the band warmed up for a great set ahead. Per usual, their light show was an absolute spectacle and their video boards projected twisted images of the band, poking through in various angles as fog gently floated across the stage. When they kicked into "The National Anthem", things got heavy and the crowd got deep into their feelings of nostalgia. Thom Yorke let the into build, keeping fans on their toes and waited as long as possible to climax into the lyrics before he twisted his body like a serpent across the stage. Yet it was "No Surprises" that saw a true emotional response from the arena. Massive sing-a-long followed and "they don't / they don't speak for us" felt more poignant than ever tonight, taking on some new context, a real spine tingling moment. The hits kept coming as the band made their way through their extensive catalogue (no love for Pablo Honey or Amnesiac tonight) and when the opening of "Planet Telex" rang out, more shouts of joy erupted from the crowd. In some ways, each song seemed to get better and better, "2 + 2 = 5" brought more dazzling lights and the beats behind "Idioteque" were mesmerizing. Then came the encore. As the band made their way back on stage, they slowly rolled out the first performance of "Let Down" in a decade and the crowd reacted with sheer bewilderment. Personally, it was one of the most magical and thrilling live performances, life-affirming in the truest of ways. Thom's voice sounded as gorgeous and as clear ever and the notes rang true, delivering a truly wonderful moment. Their epic opus "Paranoid Android" followed suit and garnered probably the biggest reaction of the night. As Johnny wailed away on triumphant solos, lights reacted as if the stage was suffering from a panic induced anxiety attack. Colors swirled out of control, guitars soared, and nirvana was achieved. "Nude" calmed things down, ever so slightly, and again Yorke's vocals stretched beyond belief instilling heart ache and pleasure all at once. As the band claimed the stage one final time, they laid into a compact "Bloom" and quickly spun into "Street Spirit (Fade Out)" for a final moment of pure elation. Seeing these demigods always feels like a revolutionary experience. A time where everything else stops and the world makes sense. In these times, it felt even more needed and surreal. The quintessential it-band for nearly three decades, and arguably still the greatest band on earth, continuing to turn out surprises at every corner and proving time and time again that their music heals and, if only for two hours, everything can indeed be in its right place.